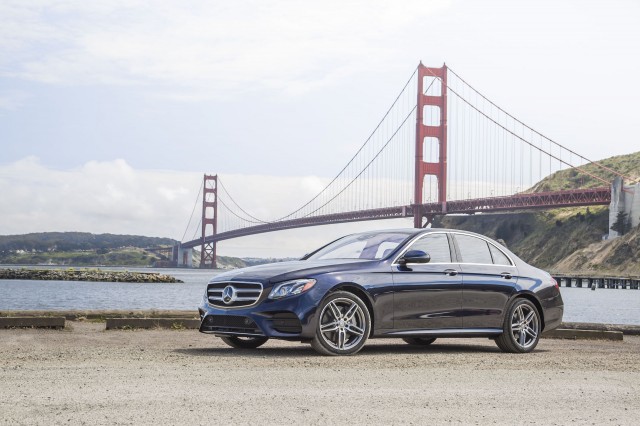 Few cars need to have the depth of range that the Mercedes-Benz E-Class offers. Long as popular in tony American cities as in the taxi queue at the main train station in Frankfurt, the E-Class has been fully redesigned for the 2017 model year.

Rebooting the E-Class isn't something Mercedes takes lightly. For the 2017 model year, the E-Class arrives first as a sedan, but follow ups will include a coupe, a convertible, a long-wheelbase sedan (for China), a wagon, and even a new wagon with a slightly higher suspension. In short, this is Mercedes' bread-and-butter model, the one that brings S-Class technology to the (well-heeled) masses.

The E-Class launched first as the E300, the first model sold in the United States with a turbocharged 4-cylinder engine rated at 241 horsepower and 273 pound-feet of torque to a 9-speed automatic and with a choice of rear- or all-wheel drive. Next up on the E-Class food chain is the Mercedes-AMG E43, which utilizes a massaged 3.0-liter twin-turbo V-6 rated at an impressive 396 hp and 384 lb-ft.

An even more ferocious E63 has also recently been announced. 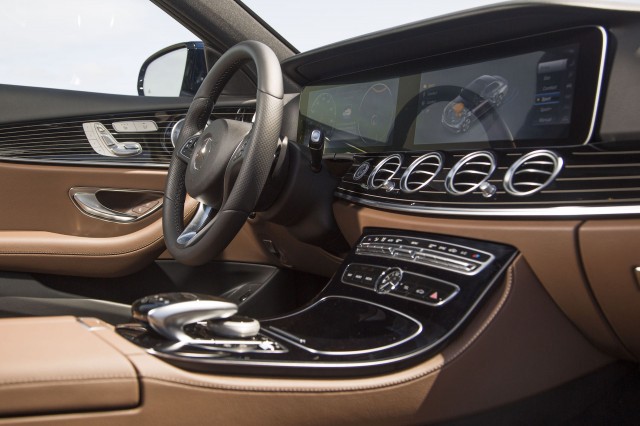 In the E-Class, the turbo-4 is a responsive piece, with a very low onset of peak torque (down near 1,300 rpm), which gives it lots of pull across its wide power band.

A choice of base or sport suspension tunings are available, but the company's Air Body Control system—a fancy phrase for air springs—delivers a sublime ride that firms up for more aggressive driving.

Then again, the E-Class isn't just about the driver. It's one of the biggest steps yet toward autonomy, at least when equipped with a few options. 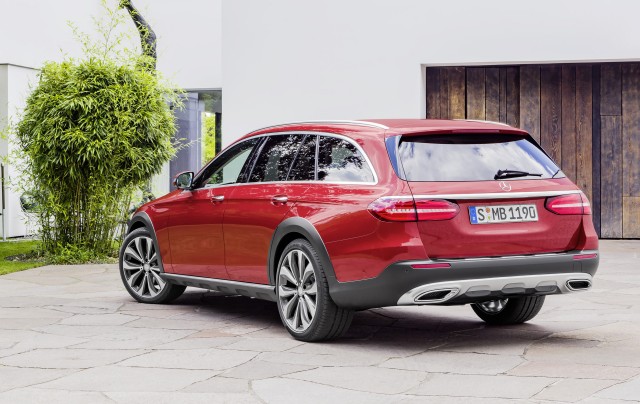 It's the Driver Assistance suite of features that sets the new E-Class further down the path to autonomous driving. Adaptive cruise control can now follow, stop, and accelerate to follow a car ahead at speeds of up to 130 mph; the so-called Drive Pilot is claimed to do a better job of following the road ahead even when lanes aren't clearly market, at speeds of up to 81 mph. The E-Class will also change lanes for the driver once the turn signal has been activated for two seconds.

The automatic-braking and steering features of the E-Class have been expanded to operate at higher speeds, or even to apply the brakes if the driver doesn't recognize the approach of cross-traffic. And finally, the car will add torque to the steering system when it detects a driver making evasive maneuvers.

Other new functions spun off of this technology include the ability to park the car, and move it out of a parking space, solely through a smartphone app.

All this tech isn't cheap. Despite promises that the E300 would sticker for a hair under $50,000, the cheapest way to get into one is about $53,000—and we've driven models loaded up with all the self-driving tech, but not leather seats, that stickered for above $70,000.