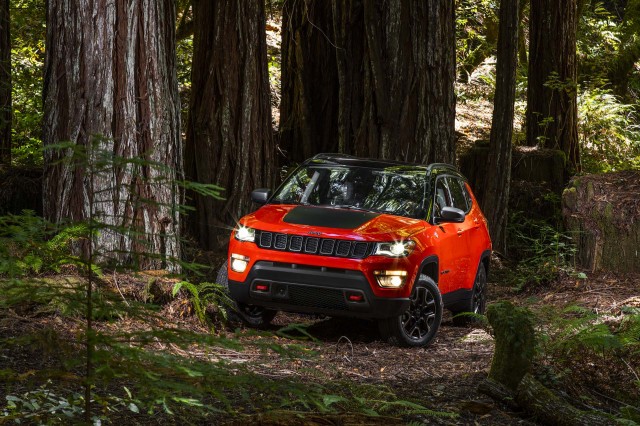 Jeep took the covers off its newest Compass on Monday night at its Goiana, Pernambuco plant in Brazil ahead of its North American debut at the 2016 Los Angeles Auto Show in November.

The unveiling in the southern half of the hemisphere underscores the importance of the model worldwide, and just how much Jeep has riding on the Compass in other countries.

Perhaps that's why the name Compass was picked for the next-gen platform rather than the Patriot, which really only held water in the U.S.

Jeep was pretty mum on what's going on under the hood, other than to say that it would feature no fewer than 17 powertrains worldwide. We're expecting that the main attraction in North America will be a 2.0-liter turbo-4 mated to a 9-speed automatic—and perhaps a 6-speed manual. (That 17 number should be familiar to fans of the Jeep Renegade—it's the same number of powertrain combinations available in the Renegade including a number of ethanol powertrains, which is a popular fuel in Brazil and other South American countries.)

Jeep says the Compass will have four-wheel drive (the Renegade's version is debatable among off-roaders), "advanced fuel-efficient powertrains," and open-air driving—but didn't elaborate on any of those points.

Underpinning the Compass is a stretched version of the Renegade platform, with the same independent suspension setup with MacPherson struts up front and a Chapman strut design out back.

We've seen quite a few spy shots already, so the body shape isn't much of a surprise, but its final look is more classically Jeep than the Renegade's funky take.

Pricing hasn't yet been announced, but Fiat Chrysler Automobile officials in America said the crossover would go on sale in early 2017.

Our appetites have officially been whet for LA in November.