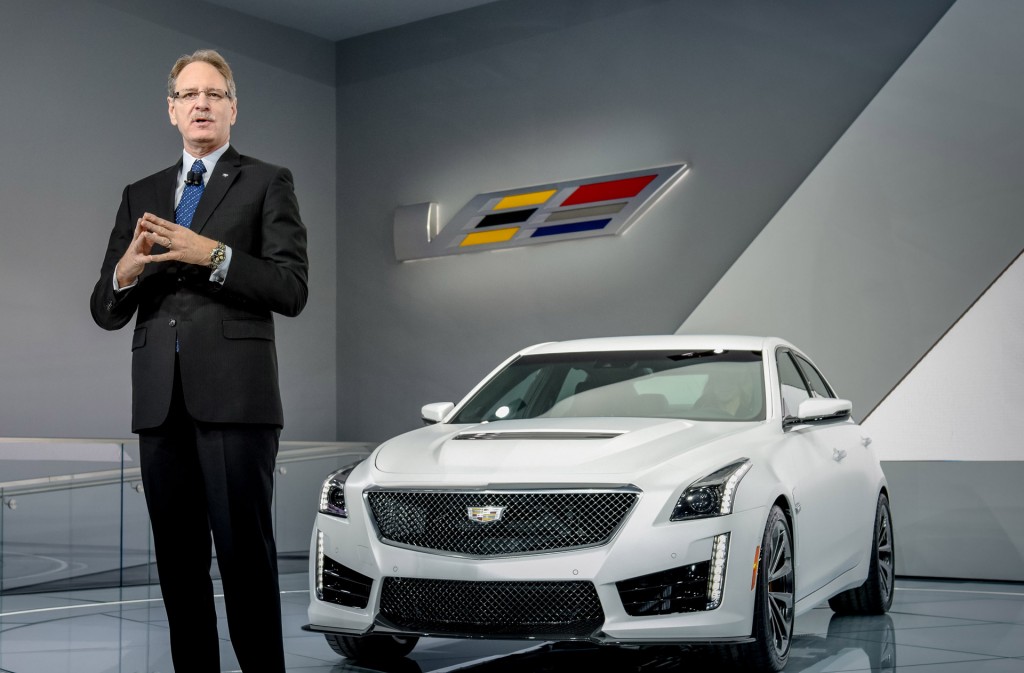 Cadillac's head honcho, Johan de Nysschen, loves to ruffle feathers, so it shouldn't surprise anyone that his grand vision for General Motors' premium brand is bold, brash, and a little controversial. However, critics charge that de Nysschen's plan isn't just unorthodox, it may be illegal.

If you're like many people, your first run-in with de Nysschen came in 2009, when he famously called the Chevrolet Volt "a car for idiots". His rationale was that plug-in electrics can never reduce greenhouse gas emissions--at least not here in the U.S.--because the electrical grid relies heavily on coal.

Within weeks of settling in, de Nysschen began stirring things up. He ditched Detroit and moved Cadillac HQ to Manhattan. He also unveiled plans to launch Cadillac boutiques--digital showrooms similar to those run by Tesla and like the ones he'd previously envisioned for Audi.

Those two initiatives certainly made their marks, but they may pale in comparison to "Project Pinnacle", de Nysschen's plan to overhaul existing Cadillac dealerships.

To be fair, parts of Project Pinnacle aren't all that groundbreaking. Instituting new dress codes for employees and using tablets to speed up sales? Piece of cake.

More controversial is his new dealership ranking system, which goes from five (the lowest-volume shops) to one (the highest). To move up the ladder, dealerships have to meet increasingly lofty targets for sales and for customer satisfaction. They also have to roll out new services like roadside assistance and vehicle pick-up and drop-off.

The higher a dealership's rank, the bigger the incentives it's eligible to receive. And that, in turn, means that bigger, higher-ranking dealerships can become more competitive than smaller ones because they can offer deeper discounts to would-be buyers.

Each of those 400 dealerships sold fewer than 50 Cadillacs in 2015. (All but six also sell cars and trucks from other GM lines.) De Nysschen says that he wants to improve the experience of buying and owning a Cadillac, and that smaller dealerships may not have the capital to invest in the necessary upgrades. To him, the buyouts--which average $120,000 per store--are an easy way out.

Between now and September 30, those 400 dealers can make one of four choices:

1. They can sign up for Project Pinnacle and commit to higher performance benchmarks.

2. They can sign up for Project Pinnacle and, after further deliberation, opt for the buyout by November 21.

3. They can take the buyout money and run.

4. They can opt to remain a Cadillac dealership but not participate in Project Pinnacle. (De Nysschen says that enrollment is purely voluntary.) That would likely result in them being prevented from stocking vehicles on-site, becoming instead a digital showroom.

Dealer associations say that de Nysschen's plan violates franchise laws and gives Cadillac too much control over dealerships. Though de Nysschen describes such arguments as a "misinterpretation" of Project Pinnacle, the associations insist that not participating in the program puts dealers at such a disadvantage that they have little choice but to sign up or check out.

For mass-market auto brands, de Nysschen's plan would be a PR disaster in the making--one not unlike that faced by GM and Chrysler after their 2009 restructurings, when 2,100 dealerships were cut from the two networks.

Luxury brands are a little different. They're not expected to be on every corner of every neighborhood. Part of their allure is that they're a bit elusive and exclusive. It's not outrageous to see de Nysschen trying to thin the herd and help the stronger dealerships thrive.

That's not to say that smaller dealerships should be happy about being offered a buyout. Nor is it to suggest that de Nysschen's plan is going to be an automatic win for bigger dealerships, who face plenty of hurdles in the years ahead. And despite our different expectations for luxury brands, there may, indeed, be some ill will from communities where smaller shops close their doors. (Frankly, we'd be surprised if there weren't.)

What's undeniable, though, is that Cadillac is in trouble. It lags far behind brands like Mercedes-Benz, BMW, and Lexus, and its sales stats are slipping even farther. Something has to be done to right the sinking ship.

How do you feel about de Nysschen's plan? Is it on-target or off-course? Can he lead Cadillac back to prominence, or is he the one who ought to be offered a buyout? Share your thoughts in the comments below.