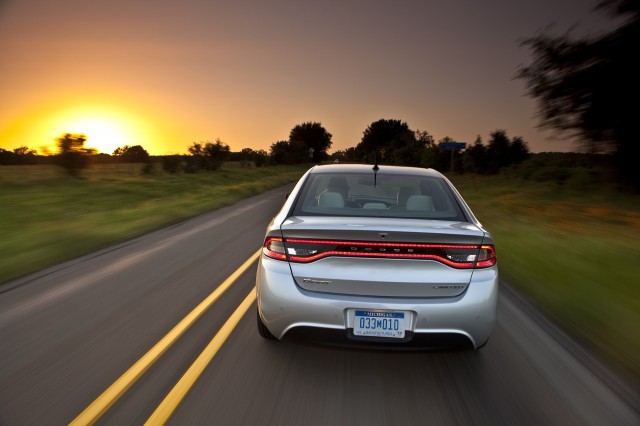 There's no easy way to say this, so we won't beat around the bush: the Dodge Dart is dead. Again.

The fact that Fiat Chrysler Automobiles is pulling the plug on the Dart isn't surprising. Sales stats for the compact sedan have been disappointing since its arrival during the 2013 model year.

No, what's surprising is the timing of the Dart's demise, which is somewhat sooner than expected. (Though some might argue that it hasn't come soon enough.)

In January, FCA announced an update to its business plan--one that put far more emphasis on SUVs and trucks, especially those from Jeep and Ram. As for cars, the news was far more grim. The recently arrived Alfa Romeo lineup was put on ice, at least until next year. And FCA CEO Sergio Marchionne said that both the Dart and the Chrysler 200 would "run their course".

What Marchionne meant by "run their course" wasn't entirely clear, though most observers took that to mean that Dart production would wind down around the time of the car's mid-cycle refresh, probably after the 2017 model year. As recently as June, the company was still talking to journalists about a 2017 Dart.

Unfortunately, any plans for the 2017 model appear to have been scuttled. Like its predecessor in the 1960s and 70s, the loved/loathed Dart nameplate is being shelved.

There are a host of reasons to explain the Dart's early death, including its so-so looks. But the Dart's biggest problem may have been its timing.

When the Dart was being developed in the late aughts, global economies were in crisis. Here in the U.S., we were dealing with the Great Recession, paired with some very high fuel prices. Demand for small cars was on the rise, so the idea of a sporty, compact sedan was very attractive to FCA.

And so, the company decided to dust off the Dart badge. The car would be the first to be developed in conjunction with Alfa Romeo, Dodge's new step-sibling.

Unfortunately, things had changed dramatically by the time the Dart rolled into showrooms in the latter half of 2012. America's economy had improved. Fuel prices were falling. Demand for small car sales had cooled as people returned to large vehicles like SUVs.

The Dart never really had a chance. Sales were stagnant, bouncing between 83,000 and 88,000 units per year. That lack of growth, combined with the public's waning enthusiasm for cars--especially small ones--were the nails in the Dart's coffin.

Production of the Dart wraps up this month, though FCA will continue making the Chrysler 200 through the 2017 model year. Both cars' production facilities will be retooled for Jeep vehicles.