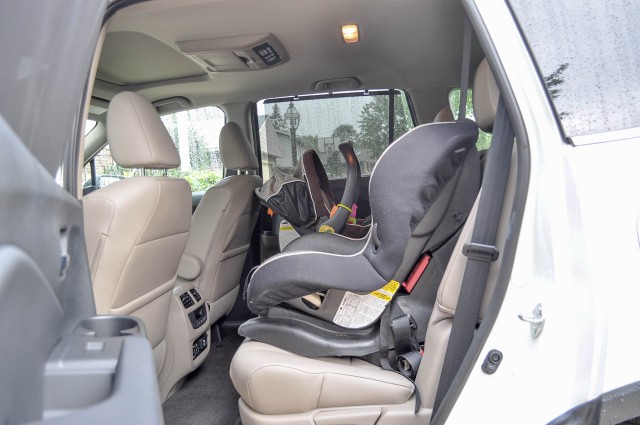 We're now entering the second half of the year with our long-term 2016 Honda Pilot Touring AWD, and the odometer keeps on racking up the miles. After just cresting 11,000 miles, it's time to take a look at this vehicle's main mission: hauling the family.

For the last 4,000 miles, our Pilot has been pushed into family duty. Its nights and weekends are spent hauling two kids, two adults, and one dog. Whether it's on a Home Depot run or up to northern Minnesota to the cabin, the Pilot's doing it all.

With seating for eight, more cup holders than any American truly needs, and loads of storage, the Pilot should be the perfect family truckster. Is it? 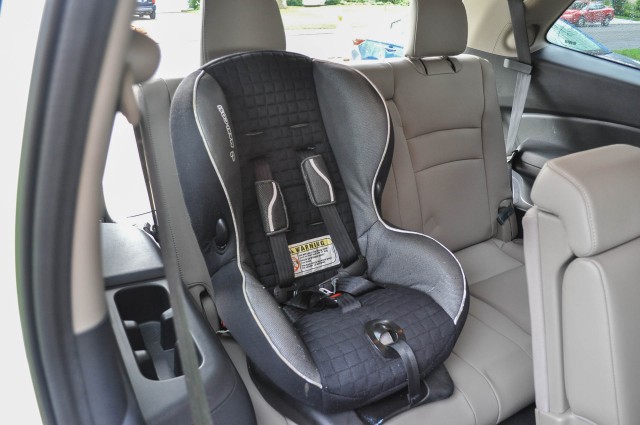 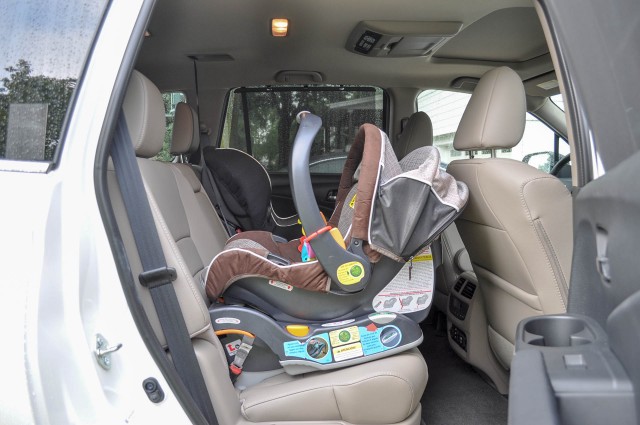 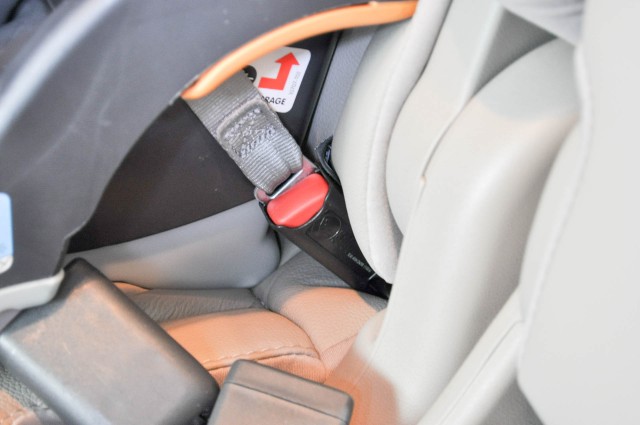 Kids mean car seats, and we've played with front-, rear-, and infant-car carrier models daily. In most situations when hauling two adults and two kids you will be hard pressed to run out of room.

Placing a car seat (whether rear- or front-facing) behind the driver or passenger seat will not be an issue, and there's still plenty of space up front for both the driver and passenger. In fact, there's even space in the passenger footwell for a bag full of toys and snacks to keep those kids occupied during the road trip.

If you're needing to use an infant car carrier, plan accordingly. You can't fit it and a front- or rear-facing car seat on the same side of the vehicle easily using the second- and third-row seats, in our experience (which is admittedly based on variables such as types of car seats, child size, and front passenger size).

The LATCH setup is terrific in the second row, with the bars at the front of the seat back, unlike some setups which leave you searching between the cushions. In the third row, the LATCH bars are vastly more difficult to access because of how the seats are set up due to their fold-flat nature. They are absolutely usable, but you will put in some effort in setting up the seat, in our experience.

While there's a top-tether mount for each seat in both the second and third row, there are four sets of LATCH bars--three in the second row and one in the third row, which is on the passenger side. Honda tells us this is because it believes you should prioritize the passenger side for children since it's usually curbside. Of course, it's quick to point out it has more LATCH points than competitors.

The rear bench seat (two captain's chairs are available on the top Elite model) slides fore and aft, creating more space for the second-row occupants or increasing cargo space along with leg room for the third-row seat.

While the third-row seat in some vehicles are a kid zone or penalty box, the Pilot's is suitable for an average adult. It's even road-trip-worthy, if necessary.

Plenty of space for that weekend trip or Home Depot run

To put that into perspective, here are a few scenarios and what we've been able to pack into the Pilot with ease.

Perhaps most importantly, it's worth noting that in practically all these scenarios we've been able to have a clear path of vision out the rear of the Pilot.

It's a fact of life: When you have kids, things get messy, sticky, and wet. It's disgusting, and something you simply can't avoid. So, how does the Pilot handle the disgusting chaos? Quite well.

Our long-term Pilot Touring has leather seats which make wiping up spills a breeze.

The soft-touch areas are black, and we noted that if you get sun screen on it you might notice a white discoloration, but nothing some warm water and a rag wasn't able to take care of.

From milk and water to cracker crumbs and bits of apple, the Pilot's been a breeze to clean after a 2.5-year old, 6-month-old, and a dog have their way with it.

What's next for our Pilot?

As the summer draws to a close we'll continue to pack on the miles, whether it be up north to close the cabin or on school runs as we drop the toddler off at preschool. We'll continue to track our fuel economy and bring you an update on what we are seeing in the real world.

For those interested in tech we'll take a look at the apps in Honda Link and the infotainment system as a whole, check out the accessories list, and see what some of our passengers have to say about the Pilot.

When winter hits, we'll see how the all-wheel-drive system does in the white fluffy stuff, and how the cold affects the Pilot's fuel economy.

In the meantime, be sure to follow along and connect with us below in the comments, on Instagram, or Twitter, and let us know if you have a task or question in mind for us.