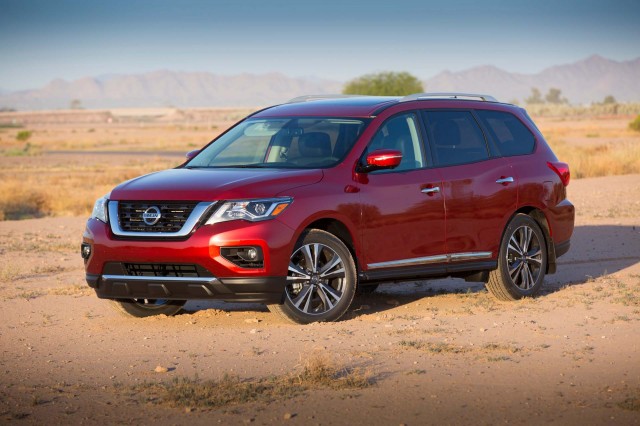 The refreshed 2017 Nissan Pathfinder is just now arriving in the automaker's dealership showrooms, where it carries a modest base price increase over the 2016 model—just $160 more for the entry-level Pathfinder S with standard front-wheel drive.

That means that the least expensive Pathfinder available runs $30,890, including a mandatory $900 destination charge. On the flip side, a range-topping Pathfinder Platinum with all-wheel drive runs $44,460 before any options are piled on. 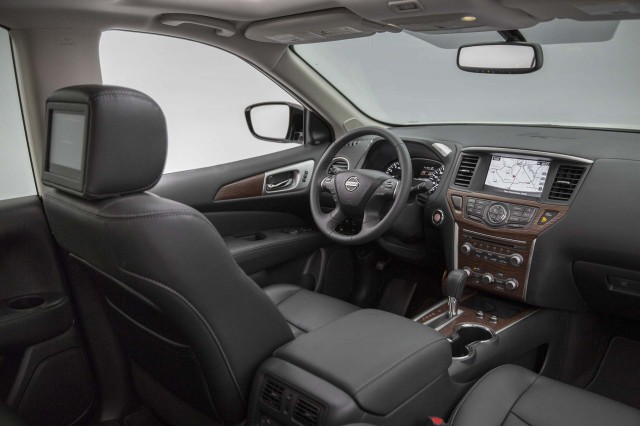 Additionally, for 2017 the Pathfinder sees some interior and exterior design updates, and it now offers automatic emergency braking as an option. All Pathfinders use the same V-6 and come standard with front-wheel drive. All-wheel drive is a $1,690 extra for every trim level.

The Pathfinder remains closely related to the Infiniti QX60, which also receives the new V-6.

Here's a rundown of the 2017 Pathfinder's prices for front-wheel drive models.