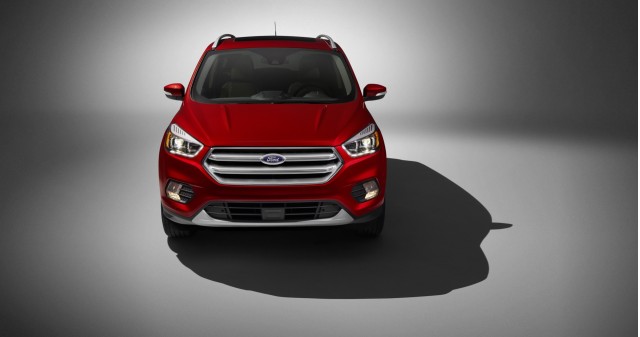 This recall stems from a faulty fuel pump control module, which may be at risk of failure. If the module fails, the engine might not start at all, or it could stall after it's already been started. If a vehicle is in motion when the module fails, there will be no way to restart the vehicle, which could dramatically increase the risk of a crash.

Thankfully, Ford says that it's receive no reports of accidents or injuries linked to the problem.

With the exception of the Ford Police Interceptor, this recall is limited to vehicles equipped with 3.5-liter turbocharged, direct-injection engines. (In the Interceptor's case, all engine configurations are affected.) The recall is further limited by dates of manufacture:

READ: More people are dying in car accidents, but why?

Ford says that dealers will inspect and replace the fuel pump control module, free of charge.

The Escape recall is limited to vehicles built at Ford's Louisville Assembly Plant between October 5, 2015 and May 12, 2016. Ford says that those vehicles may have been equipped with software that causes the power windows to close with too much force. That, in turn, could increase the risk of injury to passengers--though Ford notes that it hasn't learned of any injuries linked to the problem.

This recall is limited to vehicles equipped with 3.2-liter diesel engines and stems from a problem with the fuel injection pump. Ford says that metallic contamination may cause the pump to fail, and as with recall #1 above, that could result in the engine not starting or possibly stalling. If it stalls while the Transit is in motion, there's no way to restart the vehicle, which would increase the risk of a crash.

The recall is limited to 2015-16 Ford Transit 3.2-liter diesel vehicles built at Ford's Kansas City Assembly Plant between July 15, 2015 and April 14, 2016. Ford says that dealers will inspect those vehicles, and if no metallic contamination is found, they will replace just the fuel injection pump and associated parts. On the other hand, if metallic contamination is found, the fuel injection pump, fuel injectors, and fuel filter will be replaced, and the fuel system will be cleaned and flushed at no charge.