Ford GT production extended by two years, but don't expect to get one 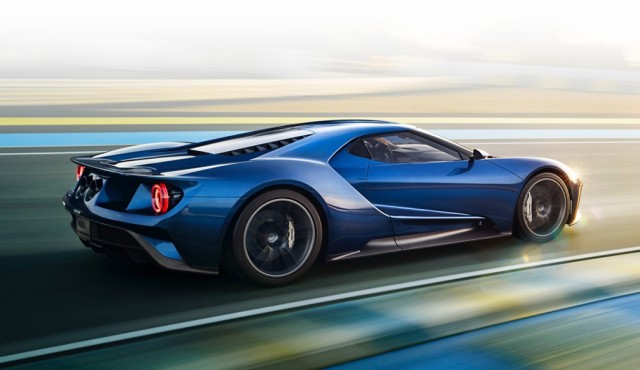 In January 2015, automakers from around the world converged on Detroit as they always do, ready to show off their latest and greatest sedans, coupes, and concepts at the North American International Auto Show.

Ford went a step further. It unveiled an all-new edition of the legendary GT supercar.

The automotive world was stunned--not just because the reveal was a complete surprise (no small achievement in these days of rampant info leaks), but also because the new car was a beauty. In near-unison, journalists and fans deemed it a worthy successor to the GT name.

Despite its six-figure pricetag, demand for the carbon fiber Ford GT has been huge, and not everyone who applied to buy one was approved. Luckily for them, Ford's Performance division has just announced plans to continue production of the GT for two more years.

Those who haven't already applied may not be so fortunate.

Ford explains that those who were already on the waiting list for years one and two will receive cars made during the third production year in 2018. The fourth and (so far) final year of production will provide vehicles to well-heeled car enthusiasts whose applications were previously deferred, so long as they update their requests. A limited number of new applications will be accepted for those vehicles, beginning in early 2018.

As Ford's David Pericak explains, "While we can’t build enough Ford GTs for everyone who has applied, we are going to produce additional vehicles in an effort to satisfy more of our most loyal Ford ambassadors. We want to keep Ford GT exclusive, but at the same time we know how vital this customer is to our brand."

The first GTs are expected to roll into eager owners' driveways later this year as 2017 models. Assuming that Ford continues to produce 250 of the cars per year, that means a total of 1,000 Ford GTs will roam the roads at the end of the 2020 model year. The supercar is priced in the mid-$400,000 range, though given strong demand, resale value is likely to be much, much higher.

For more on the Ford GT, check out our colleagues at Motor Authority.