Uber launches autonomous car fleet this month in Pittsburgh, with help from Volvo 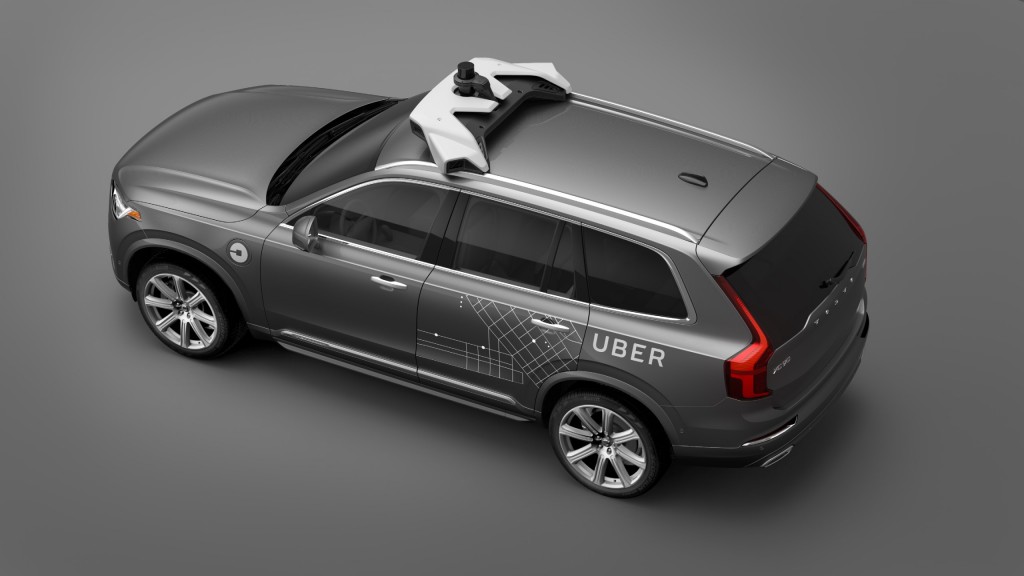 Remember when Uber CEO Travis Kalanick asked Tesla for a fleet of 500,000 self-driving Model S sedans by the year 2020? Well, it appears Kalanick has changed partners and is now working with Volvo.

Also, Bloomberg reports that he's sped up his timetable. Rather than twiddling his thumbs for four more years, Kalanick and Uber plan to roll out autonomous vehicles this month. In Pittsburgh, Pennsylvania.

That's a little unexpected--and audacious. Tesla Autopilot is the only semi-self-driving technology currently in use, and it's still deep in beta. Most automakers aren't planning to produce fully autonomous vehicles until the next decade. Earlier this week, Ford said that it was aiming for the year 2021, which is more or less in keeping with competitors like Toyota, Nissan, and even Tesla.

For its Pittsburgh pilot project, Uber will employ Volvo XC90 SUVs that have been equipped with Uber's self-driving software and a host of sensors developed by Volvo.  For the time being, they'll include a human behind the wheel (and one in the passenger's seat, taking notes), but unless something goes seriously wrong, the driver isn't expected to do any driving.

Apart from that unusual fact, though, the experience will be nearly identical to the one that Uber users have become accustomed to, with one big catch. Though travelers will summon an Uber from their smartphone in the usual way, for the moment, all rides in Uber's autonomous cars will be free. That's to encourage use of the service, which will give Uber important data about the performance of its self-driving software.

Also, the vehicles will come equipped with tablet computers in the backseat area, which will explain to riders that they're in autonomous cars. This is a subtle way of getting users accustomed to self-driving vehicles, nudging them to interact with computers rather than human drivers.

Specifics about the size of the  program at launch aren't readily available, but by the end of the year, Volvo will have delivered 100 vehicles to Pittsburgh.

According to Volvo, this is just the beginning of a much larger partnership with Uber. The Swedish-based, Chinese-owned automaker and the U.S. start-up are contributing a total of $300 million to a project devoted exclusively to the development of autonomous cars.

That's not to say, however, that Uber will only work with Volvo in the future. Kalanick plans to team up with other automakers, too, and it's developing its own autonomous fleet of big-rigs through a venture called Otto, which Uber purchased this year.

There's no word yet on when Uber plans to go fully autonomous, but given the company's aggressive moves in other areas, we'd expect to see that sooner rather than later. As for the fate of Uber drivers once that happens, well, the prospects probably aren't so great.