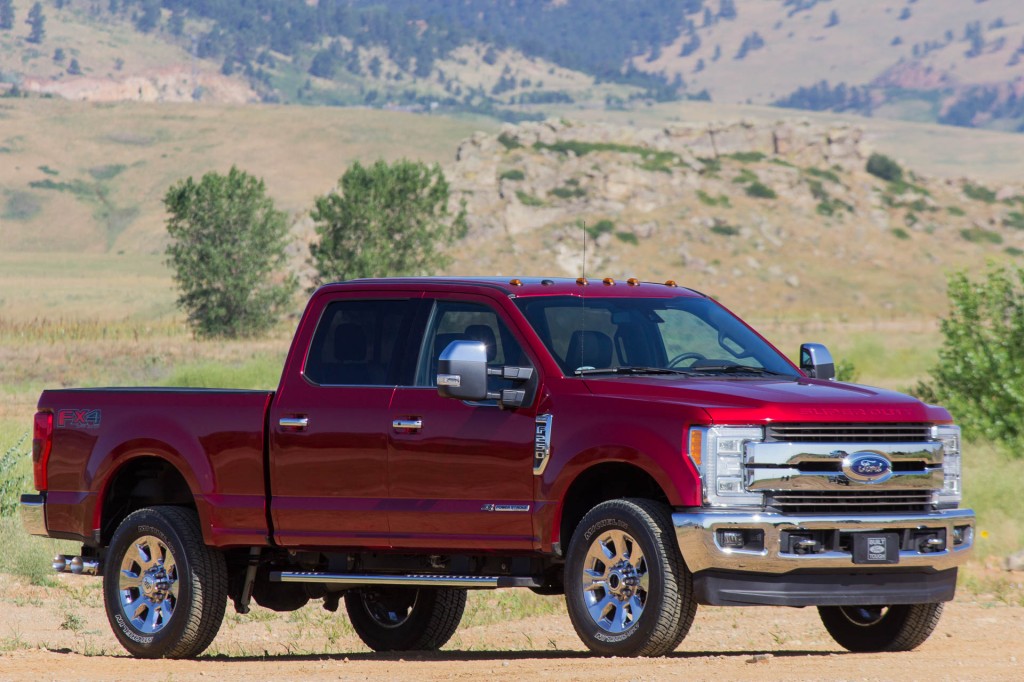 The truck market in the U.S. is very important. This is not a buyer base you want to upset when introducing a new truck, which is why the new 2017 Super Duty poses a risk for Ford.

It's completely new for 2017, and its body is made of aluminum.

ALSO SEE: Here's how Ford threw away the old Super Duty and started from scratch

The reality is that Ford already laid the ground work for the material switch with its latest F-150, which is also made of aluminum. According to Ford, the material switch hasn't hurt sales one bit, and the automaker points out that the material's lighter weight is a boon for fuel economy.

It's here we'll note that we've had issues meeting Ford's advertised fuel economy with both the new aluminum F-150 and other Ecoboost-powered vehicles. In the real world, a turbocharged engine guzzles gas quickly whenever the turbocharger is spooled up under heavy acceleration.

Arch rival GM recently went after the F-150 in an advertising blitz attacking the truck for being made out of aluminum. Of course, the next month F-150 sales were still up, leaving one to question whether GM's attack was worth it—especially since the next-gen Silverado will likely include extensive use of aluminum in its construction.

We digress: it likely doesn't mater that the new Super Duty is made out of aluminum. And you seem to agree. All the important numbers are up, from paypload to towing capacity. What's more, it actually drives better than the last-gen truck, as we recently found out.

Will it sell? You bet, and Ford's counting on it.