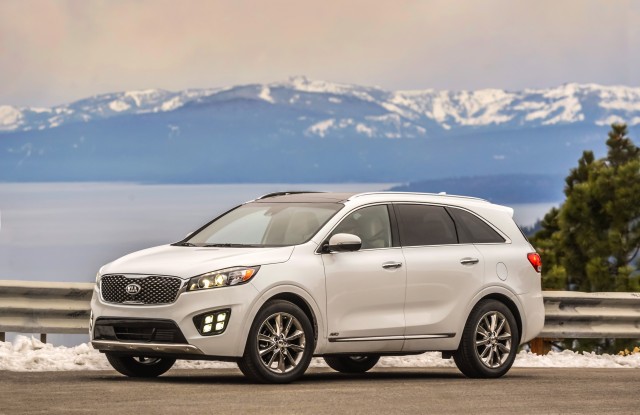 The 2016 Sorento earned top marks in terms of its crashworthiness, but it only qualified for Top Safety Pick because it lacked a system that could automatically apply the vehicle's brakes in the event of an impending collision. That feature was added for the 2017 model year, where it is an option on all trim levels except the base Sorento L.

The IIHS requires a vehicle to receive a top rating in all of its measured tests—small overlap front, moderate overlap front, side, roof strength and head restraints—to qualify as a Top Safety Pick. Adding the Pick+ requires an effective automatic emergency braking system capable of stopping the vehicle before it hits a barrier from 12 and 25 mph without driver intervention.

The Sorento joins the Honda Pilot, the Hyundai Santa Fe, and the Toyota Highlander as mid-size SUVs with three rows of seating that qualify for its top rating.