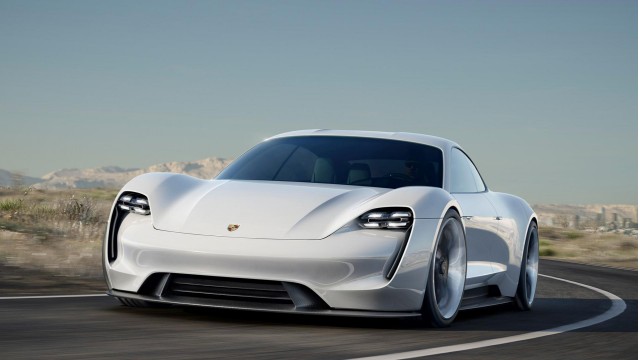 Volkswagen's commitment to electric cars might be iffy, but according to Automobile, at least one engineer at its Porsche subsidiary is in it to win it--and by "it", we mean the electrification game. The anonymous engineer isn't working on Porsche's Mission E battery electric vehicle but is clearly convinced that the production version of Porsche's concept will outperform rivals like the Tesla Model S.

The engineer was particularly critical of Tesla's "Ludicrous" performance mode, which he (or she) describes as a "facade" because it can't be repeatedly deployed. The engineer had a few words to say about Tesla's seats, too:

"The thing about [Tesla’s] Ludicrous mode is that it’s a façade. Two launches saps the whole battery. That won’t be the case with the Mission E. You’ll be able to run it hard, over and over; the battery will not overheat, the power control module will not overheat, and the seats will not suck."

The accuracy of that statement remains to be seen. Last we heard, the Mission E was rated at 600 horsepower. The most powerful Tesla Model S on sale at the moment boasts 503 hp rear and 259 hp front, although the front and rear motors can't run at maximum output simultaneously. Combined, they generate 463 hp, or 532 hp in "Ludicrous" mode. So, on power alone, Porsche might have an edge.

The Model E may also win points for its range and its speedy charging time. The concept is reported to have a range of 310 miles, and its 800 volt Porsche Turbo charging system can juice the car's battery to 80 percent capacity in just 15 minutes. That's 200 miles worth of charge.

There's still no word on when the Mission E will be available to well-heeled consumers with a need for battery-powered speed. We'll keep you updated.