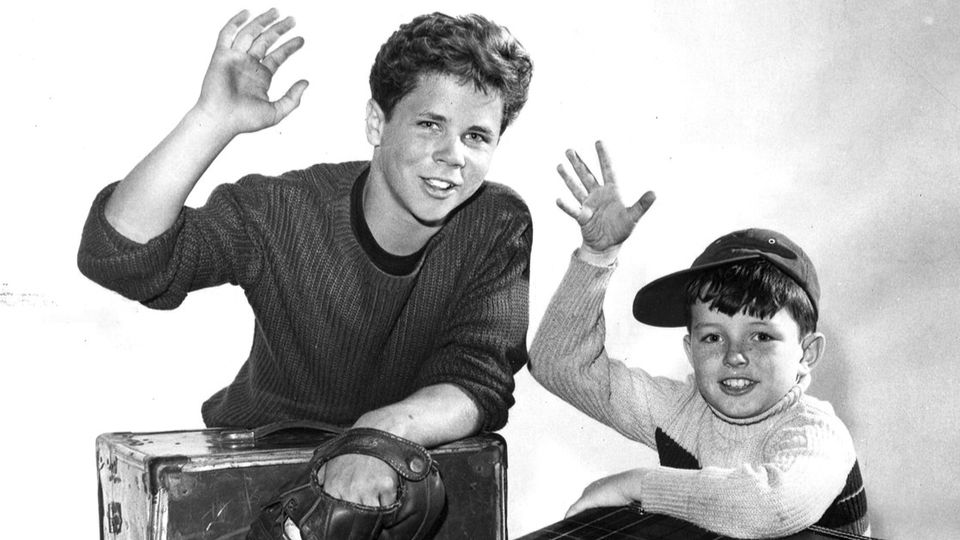 Tony Dow & Jerry Mathers in 'Leave It To Beaver'

In 1982, the novelty girl-group Angel and the Reruns released "Beaver Cleaver Fever", a pop song about the magic of Leave It to Beaver. That TV show ended its run in 1963, but the magic lives on--at least for one of its stars, Tony Dow, who played Wally Cleaver.

That's because Dow was recently reunited with the first car he ever bought, a 1962 Chevrolet Corvair. He drove the car to the set every day, then sold it in 1965. Last week, after more than 50 years, the car came back to him, thoroughly restored.

It doesn't look exactly the same as he remembered it. When Dow bought the Corvair brand new, it was painted midnight blue, but it's since been re-done in black. And the car hasn't been driven in about six years, so it'll likely need a bit of tuning before it's ready to hit the road.

However, the rest of it looks spot-on, including the engine compartment, upholstery, and chrome. It even has its original license plate.

And of course, it and its Corvair siblings still have the dubious distinction of being the primary target of Ralph Nader's 1965 hit, Unsafe at Any Speed. Though Nader's critics largely countered his claims that the Corvair was especially dangerous, the book's effect was profound. The National Traffic and Motor Vehicle Safety Act was signed less than a year later, bringing with it mandatory safety improvements like seatbelts, side-view mirrors, rupture-resistant gas tanks, and additional exterior lighting.

Sadly, there's no video for Angel and the Reruns' "Beaver Cleaver Fever", but you can see a clip of Dow reunited with his Corvair here.