Who needs dealers? Tesla wants to sell cars at Nordstrom 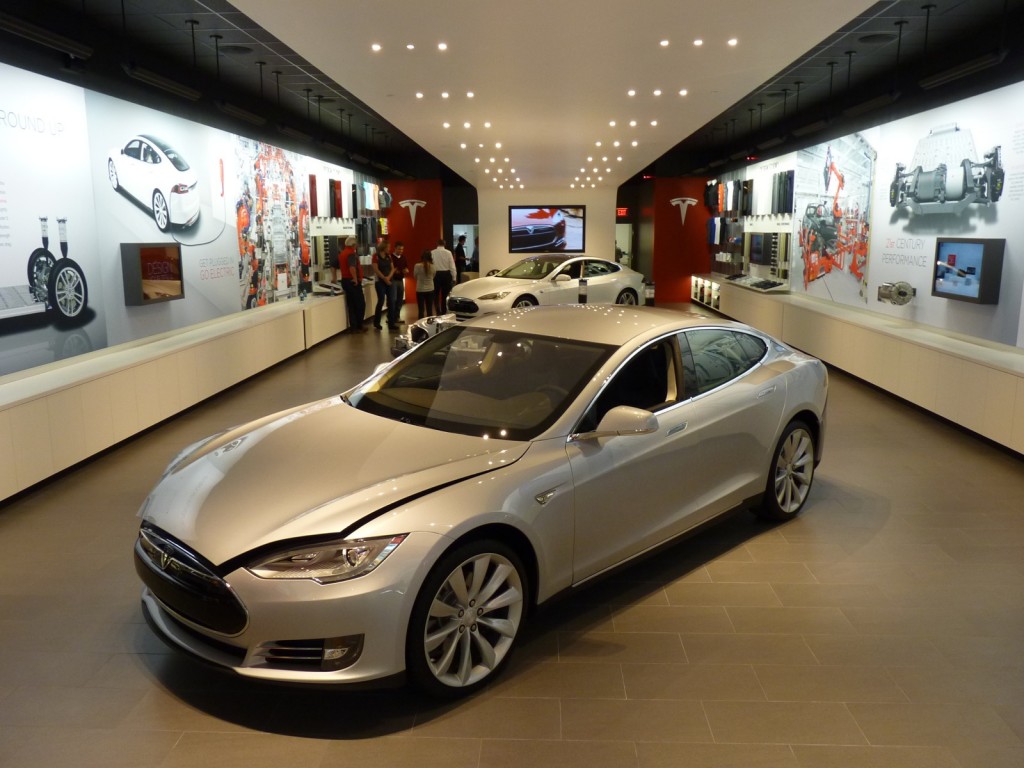 In many parts of the U.S., Tesla Motors has had to fight tooth and nail to set up shop and show off its all-electric cars. Those efforts haven't always been successful.

But a new partnership between Tesla and upscale retailer Nordstrom could be a game changer--not just for Tesla, and not just for Nordstrom, but for the auto industry as a whole.

The partnership will begin to bear fruit this Saturday, when Tesla opens a 400 square-foot boutique at a Nordstrom in The Grove, the massively popular shopping mall in Los Angeles. The boutique will feature Tesla's newest production model, the Model X crossover, which starts at $83,000.

The boutique is more of a pop-up pilot project than a permanent Tesla gallery, and it's only slated to remain open for the remainder of 2016. But while it's there, Nordstrom shoppers will be able to customize rides and take test-drives on-site. The only thing they won't be able to do is make a purchase in the store--at least, not until Tesla acquires its sales license. (Never fear, Angelinos: there's a full-service gallery just five miles away, if you need it.)

However, if the project takes off, it could lead to Tesla galleries in many of Nordstrom's other 121 North American locations--and maybe a few of the 200 lower-tier Nordstrom Rack stores. That could significantly boost Tesla's footprint, which currently consists of 215 stores around the globe.

The Tesla/Nordstrom partnership seems like a smart one. We're not privy to detailed demographic data on Tesla owners or Nordstrom shoppers, but we have a hunch that the two groups overlap a bit.

What's truly interesting about this partnership, though, is that it helps unravel two longstanding traditions in the auto industry--traditions that seem positioned for change, with or without Tesla:

1. Traditional ideas about dealerships: Consumers hate haggling and they don't trust car dealers. As more and more of our commerce moves online, those trends aren't likely to reverse.

Tesla has chiseled away at conventional dealerships in its own way--mostly by finding loopholes in franchise laws. But other factors are forcing dealers to change, too, including growing urbanization, improved mass transit, and the rise of ride-sharing services like Uber. Even if our notions about the importance of car ownership continue as they've done--a big "if"--it's clear that dealers are going to have to work in new ways to meet new expectations of shoppers. Like, say, selling cars in department stores.

2. Traditional ideas about cars: For the past century or so, cars have been central to daily life. We save up to buy them, pledge loyalty to the logos on their grilles, and even give them names.

But in the future, consumers may begin to view cars as appliances--appliances that get upgraded like mobile phones (or whatever the future iteration of the mobile phone may be). By putting Tesla vehicles in the middle of a department store, the lines between cars, clothing, and cosmetics begin to blur. We don't understand the implications of that transformation yet (though it'll likely render software companies more important than automakers). We just know that it's changing the way we view cars.