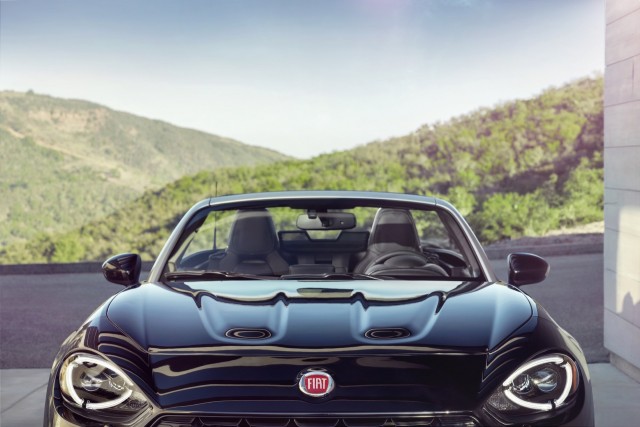 To the people who create car commercials, horsepower and technology aren't always strong selling points. They're wonky, factual, bullet-pointy things that might persuade someone who's paused to pore over a newspaper ad, but in a 30-second TV spot? Boring.

That's why commercials--the best ones, anyway--make lighting-fast emotional appeals. They make you laugh (Doritos) or cry (Budweiser) or recoil in horror (Skittles).

To do that, many speed their plots along by relying on stereotypes. Commercials for German cars, for example, might wow you with precision. Commercials for American cars may encourage a wave of patriotism.

And brands like Fiat make sex jokes or immigration jokes because Italians.

Case in point: one of two new spots for the 2017 Fiat 124 Spider involving a mature Italian couple, a lazy afternoon, a case of erectile dysfunction, and an empty Viagra bottle. (If the clip above looks familiar, that's because it's essentially a continuation of a Super Bowl 2015 commercial for the Fiat 500X.)

The ad is at least 30 seconds too long, because we can see where this is going from the moment the guy hops in the car. And yet it works because the commercial makes use of a well-known, light-hearted stereotype about sex-crazed Italians.

(Note: Italians, try not to be offended. The same stereotype affects Spain, France, and nearly all of Latin America. When/if Peugeot Citroen returns to the U.S., we wouldn't be surprised to see similar commercials.)

Compare the "Viagra ad" to a second one for the 124 Spider that doesn't really work at all. Instead of playing on stereotypes or employing a simple plot, it hinges on the idea that an eagle would rather hitch a ride on the 124 than soar in the air:

Never have 120 seconds felt so long. And yet, 120 seconds from now, you'll probably have trouble remembering what the ad was about.

Hopefully, Americans will be more impressed by the actual 124 Spider when they slip behind the wheel.