In Latin America, why are some automakers skimping on safety? 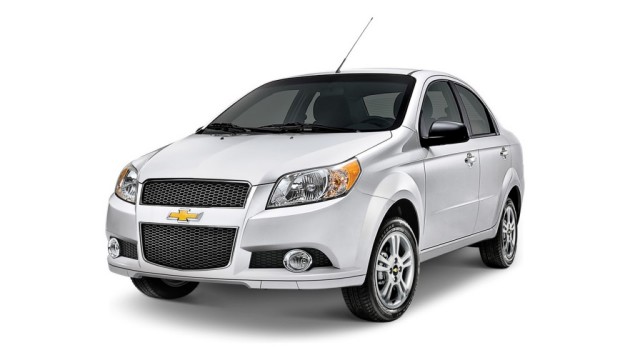 In today’s U.S. car market, any passenger vehicle you choose meets a minimum for keeping you and your family safe.

While the amount of active-safety wizardry offered in new vehicles does vary significantly, you can be assured that your vehicle will have stability control systems and anti-lock brakes, as well as airbag systems, crumple zones, and structures that direct crash forces away from occupants.

But head south of the border—to Mexico, other Latin American countries (or even Brazil) and things are very, very different.

Although the situation is complex (and politically charged), at face value it appears that automakers are skimping on safety, in favor of lower sticker prices.

The market somewhat resembles what U.S. car shoppers had to navigate 40 years ago or more, when very little crash-testing was done, and while some vehicles offered remarkable occupant protection, others only complied with what was then an admittedly low minimum.

Late last year, Latin NCAP, the body aiming to unify (and establish) standards for occupant safety in that region, gave the automaker a zero-star crash-test rating for its Chevrolet Aveo—which this past year was the best-selling model in Mexico.

GM in response to last year’s Aveo results merely said the following: “We take all global safety issues very seriously and will do a thorough review of the Latin America NCAP report.”

Then last month, that agency tested the Chevrolet Sail, a compact sedan that’s being produced in China, with assembly in Colombia for Latin America, and it also gave that model (also a model that comes with no airbags whatsoever) a zero-star rating. The agency pointed out (as it has with the Aveo), that “the driver registered high risk of life-threatening injuries.”

Regarding the Sail, Latin NCAP pointed out that “the structure of the car was rated as unstable and it will not be able to withstand further loadings.”

Since the agency started conducting rigorous testing, in 2010, only a few Chinese brands fared worse than what they saw for the Aveo. And as Latin NCAP has pointed out, GM has the lowest five-year record of any automaker in its ratings system. 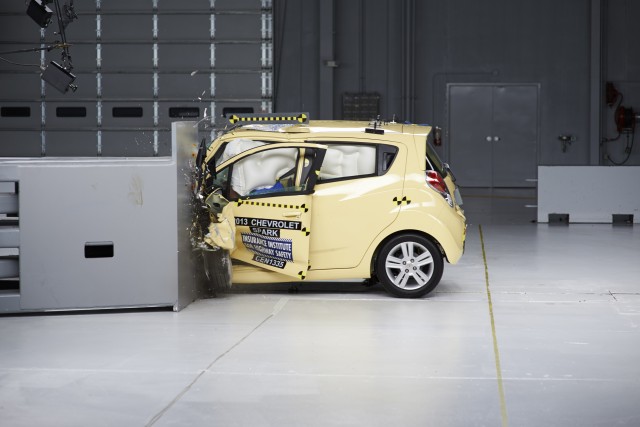 In the U.S., we simply get cars that are different, inside and out. The U.S. federal government started crash-testing cars in 1979. Automakers were especially challenged when the Insurance Institute for Highway Safety (IIHS) began moderate-overlap crash-testing in 1995 and then side-impact testing in 2003.

Most recently, the toughening of the federal NCAP star-ratings system for the 2011 model year plus the introduction of the small overlap frontal test (2012) has challenged automakers to improve their crash structures.

And that’s before considering active-safety systems. It now takes a “superior” or “advanced” rating in front crash prevention (demonstrating automatic emergency braking) for a vehicle to achieve a place on the IIHS Top Safety Pick+ list. 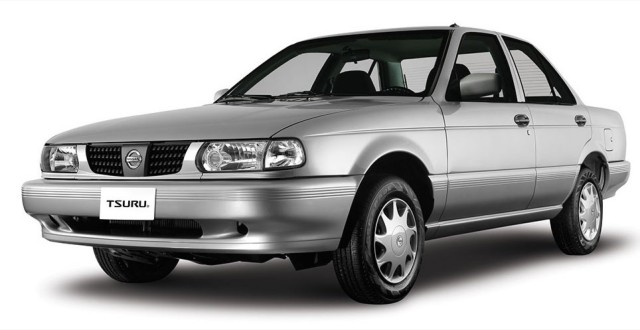 GM isn’t the only one catching criticism for the sub-standard safety of some models it sells in certain markets. Latin NCAP tested the Nissan Tsuru—essentially a 1990s-era Nissan Sentra—and also gave it a zero-star rating.

The Tsuru also comes with no airbags. It has a loyal following in Mexico, for its simplicity and reliability, and it sells for about $7,200 (yes, new) at current exchange rates.

In some safety areas, Mexico is lawless

Mexico has no base occupant-safety requirements—an odd juxtaposition, as assembly plants in the nation are now producing a wide-range of fully U.S.-compliant models, offering good occupant protection, while locals buy sub-par safety.

This week, Global NCAP, a group that’s tied to Latin NCAP, states that both groups “are very disappointed by the long delay in full implementation of the new crash test regulations which will not be fully applied to all new cars sold in Mexico until 2020.”

And even then, those regulations as they’re proposed won’t require electronic stability control, which has been required in the U.S. for more than a decade and is being phased in for Argentina, Brazil, and Ecuador.

The situation leaves automakers on shaky ground as well—where they’ve suggested that in order to compete at those lower price points, they need to skimp on safety. So it’s not surprising that some executives have spoken in favor of safety regulations for these markets.

This spring, at a New York Auto Show roundtable, Nissan CEO Carlos Ghosn was asked about the automaker’s obligation to safety in countries like Mexico and India, where the law doesn’t even currently require airbags.

Ghosn added that if it’s left up to automakers to determine what’s acceptable, then the public is confused.

“So in countries where there is no position from the regulator, it becomes extremely difficult.”