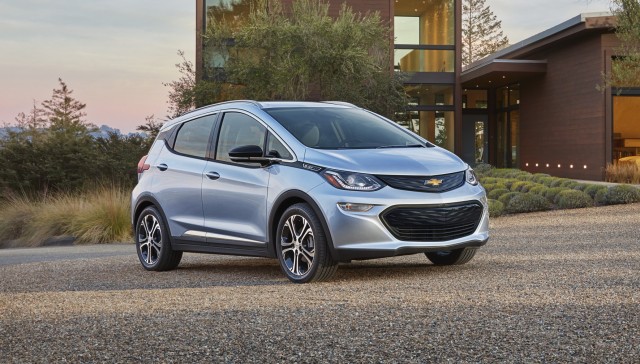 In January, General Motors announced a $500 million partnership with ride-sharing service Lyft. Many wondered what the pairing might do for both companies and when it would begin bearing fruit.

We got some answers in March, when GM announced that it would loan GM vehicles to Lyft drivers at a discount -- in some cases, for free. Now comes a rumor that the two companies will create a test fleet of autonomous taxis that could begin picking up passengers within a year.

The fleet will consist entirely of Chevrolet Bolt electric cars. They'll employ self-driving software developed by Cruise Automation, which GM hopes to acquire in the near future.

If this rumor is true, this would be great news for GM, Lyft, and electric car fans -- assuming the cars and the program work as intended.

GM would be the first mainstream automaker to launch (or co-launch) an autonomous car in the U.S. That would give the company huge bragging rights, not to mention a great deal of real-world self-driving data for its new autonomous technology division. (Some had hoped that the Google-Fiat Chrysler Automobiles partnership announced earlier this week would do similar things for FCA, but so far, the partnership seems limited to generating new prototypes for Google.)

It would also create massive publicity for the brand-new Chevrolet Bolt. That would benefit not only GM in its efforts to sell the Bolt, but also electric car fans, because it would encourage more shoppers to consider the Bolt (or another electric car) when buying their next vehicle.

On the other hand, the GM-Lyft fleet is bad news for Lyft drivers, who, along with their rivals at Uber, have often been held up as the poster children of the new "gig economy". Though Lyft will keep drivers on hand in the near term to satisfy regulations that require a human driver behind an autonomous car's wheel, further down the road, Lyft hopes to phase out humans entirely. Though it's not like we didn't see that coming.