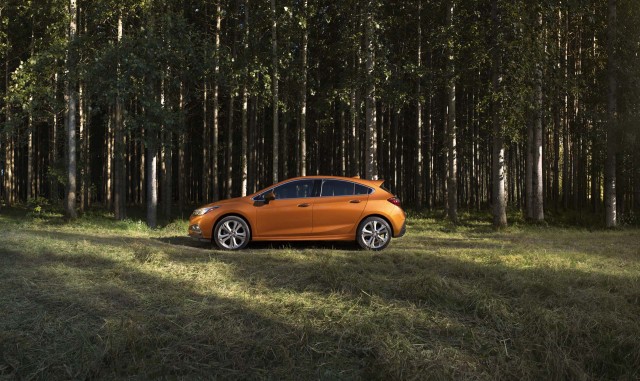 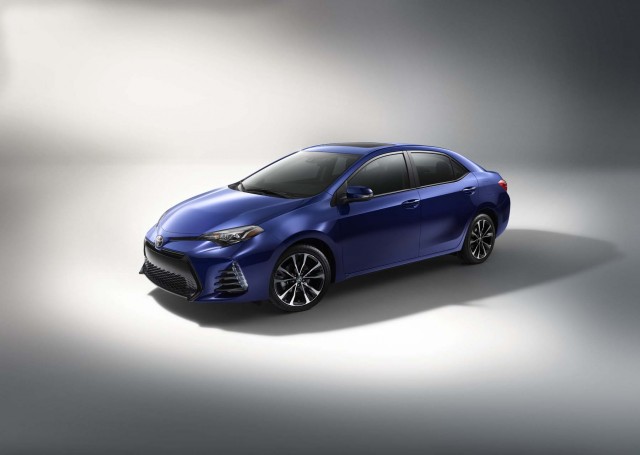 Despite the surging popularity of utility vehicles, today's small sedans are do-it-alls. They're practically mid-size these days, and the top entrants still sell hundreds of thousands of units a year. And each new entrant offers better safety, nicer interiors, and features that equal and sometimes outdo pricier rivals.

The Toyota Corolla has long been the sales champ among compact sedans, but it's now five years old. The Chevy Cruze was brand-new for 2016, and better than it's ever been. To shoppers looking for value, reliability, and comfort around $20,000, which is the better choice: the 2017 Chevrolet Cruze or the 2017 Toyota Corolla?

The Cruze is the fresher design with an updated engine and a slightly wider array of standard and optional equipment and it's a little more fun to drive. That said, the Corolla gained some important safety tech as standard for 2017, something no other compact sedan can say. That really helps elevate the Corolla in our ratings, even if we prefer the way the Cruze rides and handles.

Redesigned last year, the handsome, wedge-shaped profile of the redesigned Cruze makes it look crisper and more modern than its three-box predecessor with its slab sides. The many curves, angles, and accent lines mostly work well together, though from a few angles, they border on the busy. The main surprise is that the Cruze looks startlingly like the Volt plug-in hybrid hatchback, though that car's starting price is $15,000 more, and though its high-quality materials and intuitive controls set it apart. 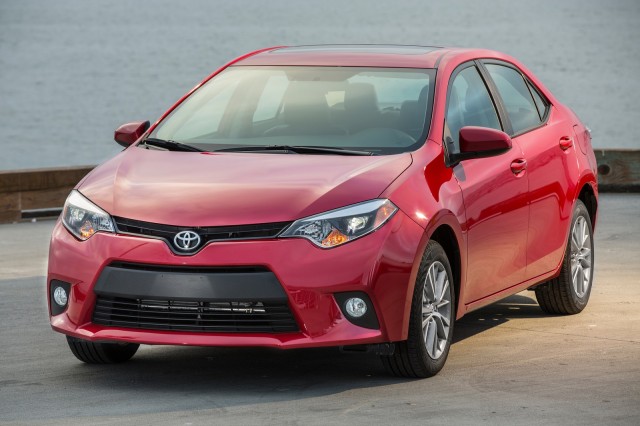 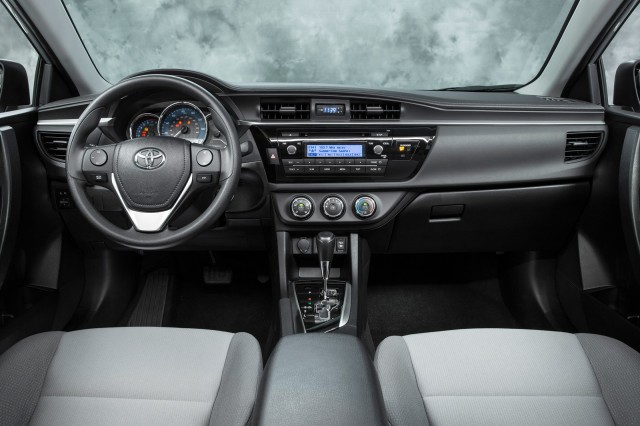 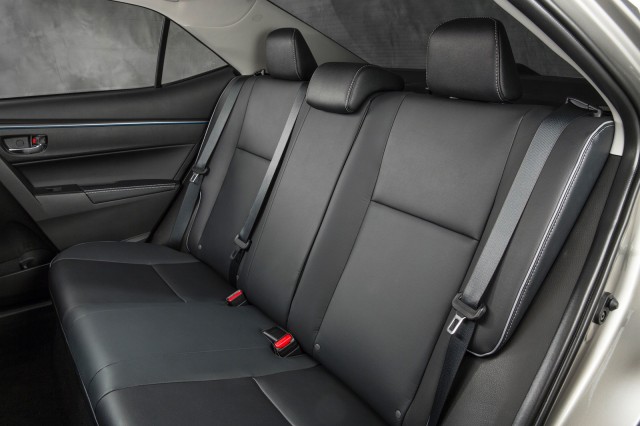 When the Toyota Corolla was last redesigned for 2012, its look was less vanilla, more daring and edgy, which isn't changed for 2017. That's a long time ago, though, and it's now back to the vanilla end of the scale—where Corollas traditionally resided. Its front end is distinctive, but despite side accent lines, it's instantly pegged as a compact Toyota sedan. A sporty Corolla SE adds blacked-out trim and other pseudo-racy details, while high-end models get LED headlamps for an upscale finishing touch.

The new Cruze offers only a single engine, a 153-horsepower, 1.4-liter turbocharged inline-4. It delivers EPA fuel-economy ratings of 35 mpg combined with the 6-speed automatic transmission that'll be by far the most common choice.

Most Corollas are powered by a 132-hp 1.8-liter inline-4, with a continuously variable transmission (CVT) that responds well to most types of predictable driving. If maximum fuel efficiency is the criterion, the Corolla LE Eco model uses a specially tuned version of that engine. Still, while its rated gas mileage of 35 mpg combined was high five years ago, it's par for the course these days. 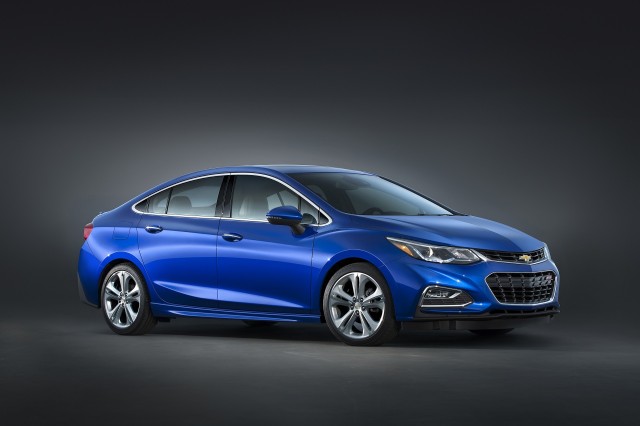 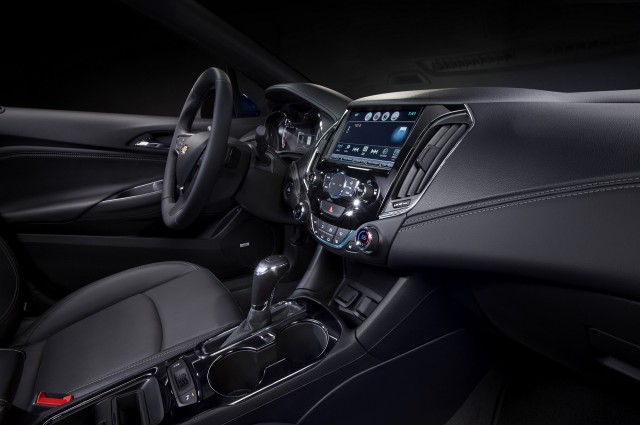 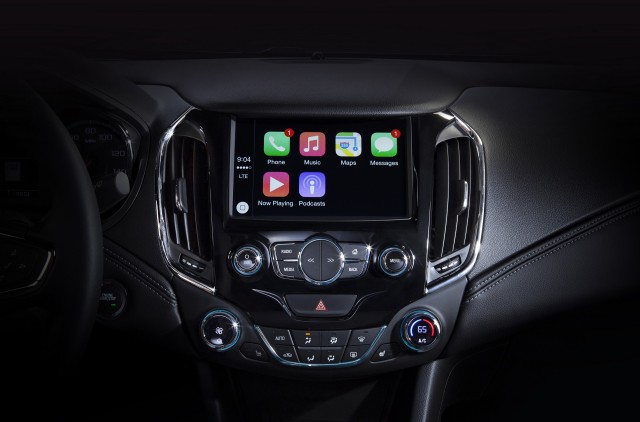 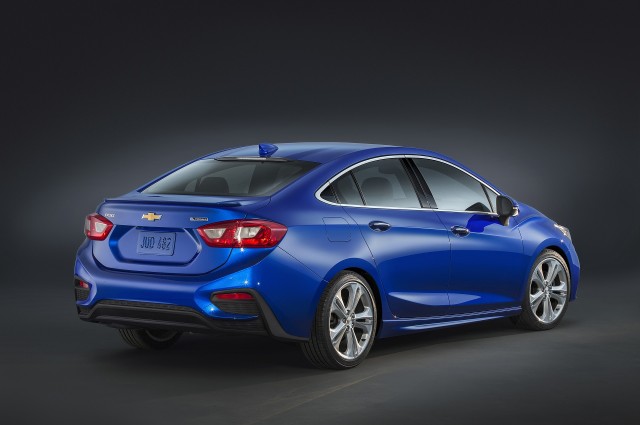 The Cruze isn't a sport sedan, and doesn't come across as particularly eager or tossable. But its absorbent ride is taut enough to avoid bobbly handling and its steering is nicely weighted. As always, the ride is best with the smallest 15- or 16-inch wheels, which require taller sidewalls on the tires than the pricier, larger, and rougher-riding 17- or 18-inch options.

Most Corolla models, on the other hand, are a bit too springy and pillowy, and the steering is far too light for anything but demure driving. They're what they've always been: predictable, competent, and unexciting. The sportier Corolla SE has suspension tuning closer to that of a sport sedan—with a Sport button that firms up the steering, and a ride that's nicely damped and absorbs bumps well despite its stiffer cornering.

The Chevy offer substantial interior room for front passengers, with more usable space for rear-seaters than its predecessor. It's relatively large inside, with nicely bolstered front bucket seats and adequate rear-seat leg room. Both are strong on storage space, too. Its interior materials are stylish and don't appear to have been built to a price.

The Toyota, too offers, real, usable seating space, with enough back-seat leg room in particular to make it large enough for adults. The materials and trim were impressive for such a high-volume car when it launched, but the rest of the segment has caught up to it now. Still, the carmaker put a lot of effort into the Corolla interior, and it doesn't shout "rental car" as previous versions did.

The winner in safety remains to be seen. As a new model, the Cruze hasn't been fully crash-tested yet, but it offers active-safety systems like blind-spot monitors, lane-keeping assist, and forward-collision warnings. It's missing two optional features found on some competitors in the segment: adaptive cruise control and automatic emergency braking.

Across the lineup, the Cruze includes a standard rearview camera and a 7.0-inch MyLink touchscreen system with standard Android Auto and Apple CarPlay compatibility. It offers navigation, as well as heated leather seats and automatic climate control, on high-end models.

6.8
Expert Rating
The 2017 Chevy Cruze adds a hatch to the family that retains the same good ride and ample space, without being boomy or loud.
7.2
Expert Rating
The 2017 Toyota Corolla takes a well-deserved bow this year for 50 years of drama-free commuting. This model is entirely acceptable, and we're thankful for an available suite of advanced safety tech.

7.0
Expert Rating
More modern and shapely, the Cruze cuts a sharp style for Chevrolet sedans.
Read More
5.0
Expert Rating
The 2017 Toyota Corolla mixes it up with two new trims for this year, but the aging sheet metal is due for a redesign.
Read More

7.0
Expert Rating
Spacious for the compact class, the Cruze is good even for a mid-sizer.
Read More
8.0
Expert Rating
Toyota's conservative approach has paid off in the 2017 Corolla—it's pleasing, comfortable and spacious.
Read More

6.0
Expert Rating
Chevy MyLink is good—perhaps even better in upgraded versions—but base Cruze models are fairly plain.
Read More
7.0
Expert Rating
For 2017, Toyota complements its Corolla packaging with advanced safety that helps bring the car in line with others in its class.
Read More

Front Wheel Drive Read Full Specs
Front Wheel Drive Read Full Specs
Compare Free Dealer Price Quote
With competitive price quotes from multiple dealers, you will be prepared when you meet your local car dealer. Please tell us how to contact you so that dealers can compete for your business!
2017 Chevrolet Cruze
There are no Chevrolet dealers in our network that are located near the ZIP code.
2017 Toyota Corolla
There are no Toyota dealers in our network that are located near the ZIP code.
Thank you!
We have sent your request for price quotes on the 2017 Chevrolet Cruze and 2017 Toyota Corolla to the dealers you requested. They should be in touch shortly.
The Car Connection's dealer quote process is powered by our partner site CarsDirect.
Your request for a fast, free price quote on a 2017 Chevrolet Cruze and 2017 Toyota Corolla is in process. The CarsDirect Dealer(s) listed below will contact you shortly to discuss your request and to provide a quote. If you have questions now, you can contact the dealer(s) directly using the information provided below or contact CarsDirect's award-winning customer service team at 1.888.CarsDirect (1.888.227.7347) or [email protected]
For your reference, your customer transaction number is .
Tell us a little bit about yourself
Looking for dealers in your area...

*As configured. Excludes taxes, title, license and other customary fees, such as dealer documentation fees, tire and battery disposal fees and, where applicable, finance charges. By clicking on “Get Your Price Quote Now”, you agree to our Terms of Use (including the Supplemental Terms) and Privacy Policy. You further consent to being contacted at the number you provided by CarsDirect and certain participating automotive dealerships, which may include autodials, text messages, and/or pre-recorded calls; this consent is not a condition of purchase or service. Message and data rates may apply.
Have feedback about this experience?
Let us know.
Tags:
2017 Chevrolet Cruze News Chevrolet News Compare Cars Toyota Corolla News
2021
The Car Connection
See the winners »
2021
The Car Connection
See The Winner and Nominees »