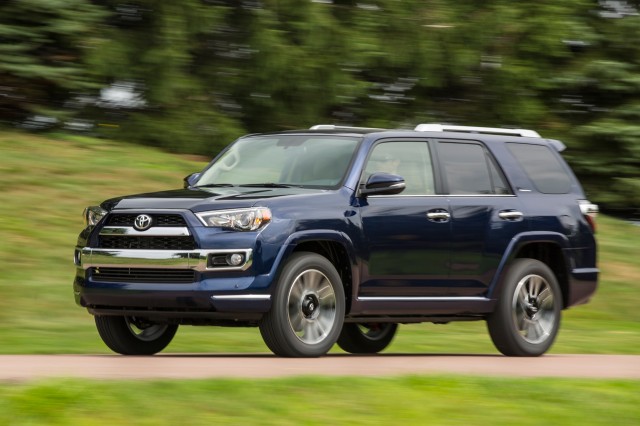 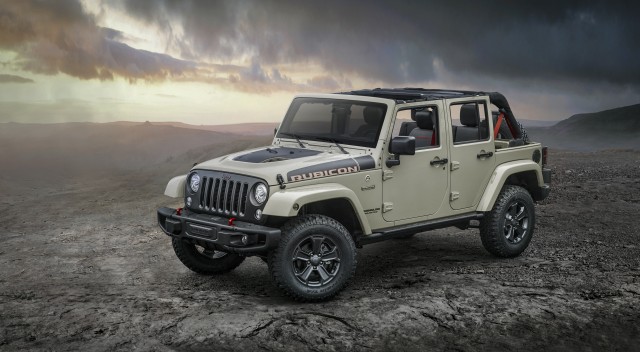 The Toyota 4Runner and Jeep Wrangler are relics of another era—or you might simply want to call them survivors. They stand as rugged counterpoints to the high-riding, high-roof, ubiquitous all-wheel-drive passenger cars that are now commonly termed crossover utility vehicles. And for the most part, they favor proven mechanical hardware over electronics, and ground clearance and wheel articulation over handling stability and ride comfort.

With the discontinuation of the Nissan Xterra and Toyota FJ Cruiser in recent years, the field of serious off-road SUVs has dwindled to two, if you don’t count pickups.

Both of the Wrangler and the 4Runner are glorious throwbacks. They represent an extreme of the U.S. passenger-vehicle spectrum that, like a focused performance car is meant for the track, is purpose-built for the rugged path. If you spend all of your time on pavement commuting between home and office, there are probably better choices. But if you want to get to a remote hiking trail, the Toyota and the Jeep are excellent, evolved options.

MORE: Read our latest reviews of the 2017 Toyota 4Runner and 2017 Jeep Wrangler

(Read more about how we rate cars.)

These two models take a different path to get there, though. The Toyota 4Runner has evolved to remain just enough of a family vehicle to meet day-to-day needs. Meanwhile it’s likely you’ll consider the Wrangler just too rough-and-tumble for carrying strollers and child seats.

They represent that division in their designs. While the Jeep Wrangler has the aerodynamic qualities of a utility shed, with its upright, box-on-wheels design, flat sheet metal, and external hinges, the 4Runner has more of a chunky, utility-wagon design; the proportions are a direct callback to the models going back three decades or more, but the design details have been kept updated over the years. 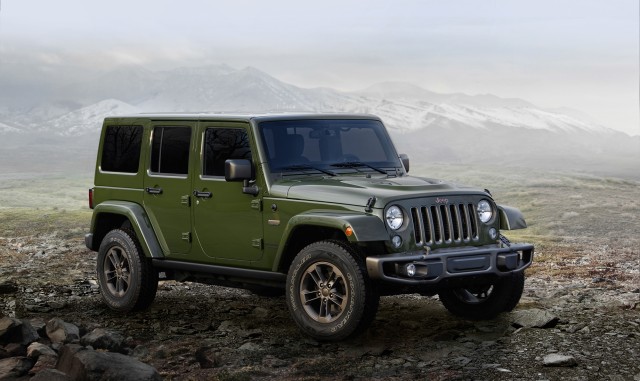 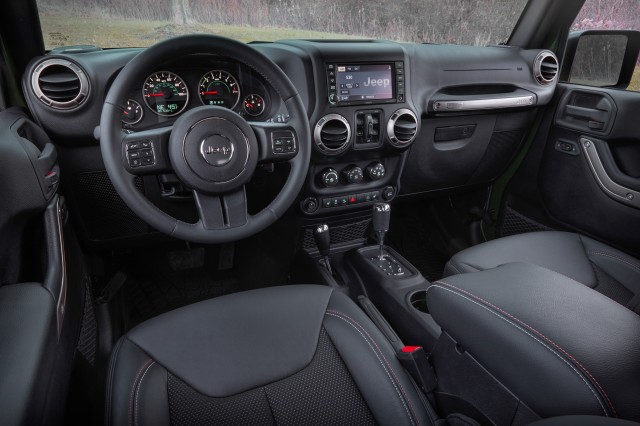 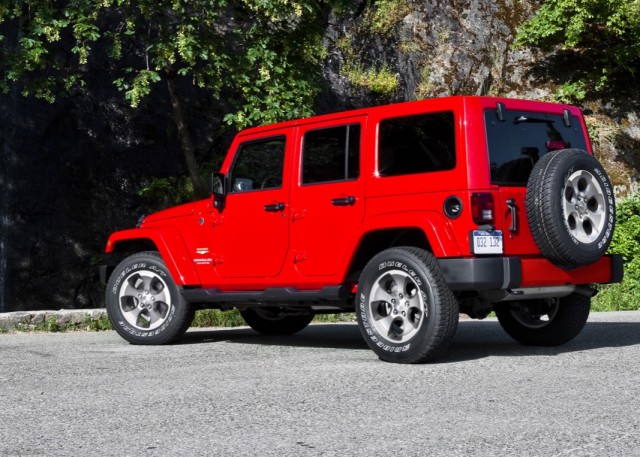 The Jeep Wrangler family drives more like a vintage car than a modern SUV or family car. Its powertrain is the most refined part of the experience. With Chrysler’s latest 285-horsepower, 3.6-liter V-6 and an excellent (hand-me-down) Mercedes 5-speed automatic transmission, it’s smooth and willing. But dull recirculating-ball steering and jittery on-the-road ride quality don’t complete the impression. The 4Runner is a decent performer on the road, with a 270-hp, 4.0-liter V-6 and 5-speed automatic also offering strong, smooth performance. Its ride and handling are far more road-oriented—and 4Runner Limited models get a special, more street-friendly full-time four-wheel-drive system.

Off-road ability is the reason why you’re probably considering these two models, and both are immensely talented and capable. If you want to make the most of the 4Runner’s off-road talents, you should consider the TRD Pro Series, which gets a special suspension with Bilstein dampers, Nitto all-terrain tires, skid plates, and additional TRD performance parts. Meanwhile, if your needs involve a mix of surfaces but not rock scrambling and the most serious off-roading, the Limited models and their X-REAS adaptive suspension might be the better pick.

Head to the trail and all the other sacrifices that the Wrangler makes will all seem well worth it. There’s a tough body-on-frame layout and solid front and rear axles, as well as protective skid plates, awesome ground clearance and approach and departure angles. It all adds up to terrific boulder-scrambling, stream-fording, and trail-crawling prowess. Over some of the most precarious situations, the Wrangler will continue to surprise and delight—if your idea of that involves being able to get where no other stock off-road SUV can.

Between the two-door Wrangler and the four-door Wrangler Unlimited, the key difference is back-seat access and space. We should note, however, that the few inches of wheelbase can make the Unlimited a little more pleasant-riding over choppy road surfaces.

In any case, expect gas mileage that’s very low by today’s standards. The 4Runner earns 17 mpg city, 21 highway, 18 combined in its four-wheel-drive forms. The EPA has rated the 2017 model was rated as low as 16/20/18 mpg. In everyday city/commute driving, those are optimistic numbers. 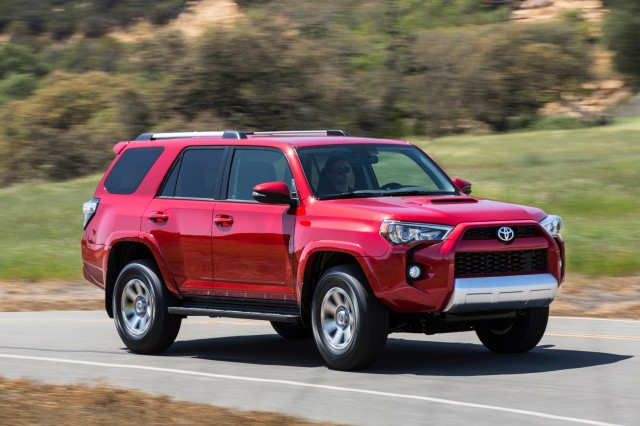 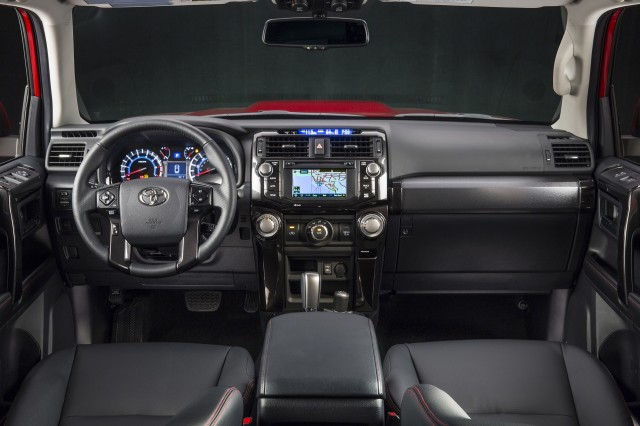 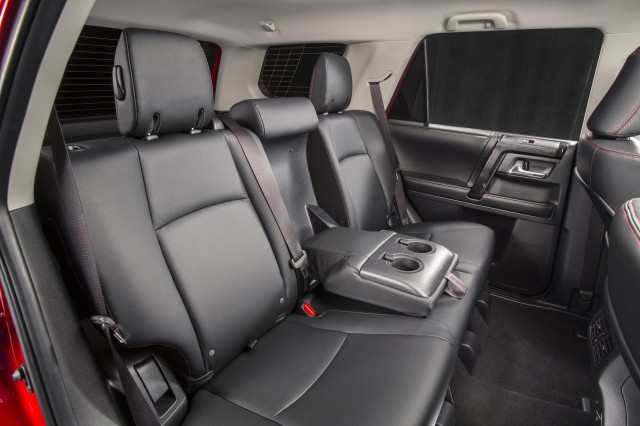 The interior of the Jeep is bare-bones in look and feel. Some switchgear dates back to the DaimlerChrysler era, and you simply can’t expect a high level of fit and finish here. Meanwhile the interior of the 4Runner is much better—it incorporates a rather simple, businesslike dash layout of a pickup yet trims the rest of the cabin with good-looking details and materials. And it’s well ahead in terms of back-seat comfort as well as general cargo convenience.

The Jeep is often overlooked as a convertible, but it provides all of the low-speed avenue-cruising thrills of one, with a rugged twist. It comes in a multitude of top arrangements, although none of them so a great job (by modern standards) of sealing out wind, noise, or weather.

In the Wrangler, you have to deal with some eccentricities. The power-window switches, for example, are in the middle of the dash so you won’t miss them if you decide to completely remove the doors, which have quick-release hinges and retainer straps.

The Wrangler is one of our lower-rated vehicles for safety, as it lacks modern accident-avoidance features and side-impact airbags remain an option. Its crash-test ratings aren’t good either, with a “Poor” rating in side impact and a “Marginal” rating for small overlap frontal protection from the IIHS. The 4Runner doesn’t earn top-notch scores either, but it does better.

Prices for both of these models are probably higher than you’d expect, given the lack of luxury. A well-optioned Wrangler Unlimited Rubicon can top the $45,000 mark, while the 4Runner TRD Pro costs around $42,000.

In this match-up, the question comes down to this: If you want a focused, off-road-capable SUV, how much are you willing to sacrifice for it? If you’re okay with some obvious safety and comfort sacrifices, the off-road performance and style of the Wrangler are unparalleled. If you want most of that capability, with more of a family-friendly package and more safety, the 4Runner is the smart pick.

7.6
Expert Rating
With the 2016 Toyota 4Runner, you'll trade off a little refinement and on the road finesse for true SUV capability, off-road prowess, and unparalleled style.
4.8
Expert Rating
The 2017 Jeep Wrangler is a unique off-roader bolstered by the freedom of open air driving. Its aging design is a throwback to the past, but it offers just enough contemporary features and modern amenities.

8.0
Expert Rating
The 4Runner has a surprisingly quiet ride, and its cabin is good for four adults.
Read More
4.0
Expert Rating
A very basic vehicle, the Wrangler's interior is spartan but easy to clean and it lets in a lot of noise.
Read More

9.0
Expert Rating
Just as it should, the Toyota 4Runner puts the focus on off-road gear and useful hardware.
Read More
7.0
Expert Rating
Jeep does a good job of offering a Wrangler for every taste, and the Freedom Top is a great option, but there aren't many modern amenities.
Read More

Rear Wheel Drive Read Full Specs
Four Wheel Drive Read Full Specs
Compare Free Dealer Price Quote
With competitive price quotes from multiple dealers, you will be prepared when you meet your local car dealer. Please tell us how to contact you so that dealers can compete for your business!
2022 Toyota 4Runner
There are no Toyota dealers in our network that are located near the ZIP code.
2022 Jeep Wrangler
There are no Jeep dealers in our network that are located near the ZIP code.
Thank you!
We have sent your request for price quotes on the 2022 Toyota 4Runner and 2022 Jeep Wrangler to the dealers you requested. They should be in touch shortly.
The Car Connection's dealer quote process is powered by our partner site CarsDirect.
Your request for a fast, free price quote on a 2022 Toyota 4Runner and 2022 Jeep Wrangler is in process. The CarsDirect Dealer(s) listed below will contact you shortly to discuss your request and to provide a quote. If you have questions now, you can contact the dealer(s) directly using the information provided below or contact CarsDirect's award-winning customer service team at 1.888.CarsDirect (1.888.227.7347) or [email protected]
For your reference, your customer transaction number is .
Tell us a little bit about yourself
Looking for dealers in your area...

*As configured. Excludes taxes, title, license and other customary fees, such as dealer documentation fees, tire and battery disposal fees and, where applicable, finance charges. By clicking on “Get Your Price Quote Now”, you agree to our Terms of Use (including the Supplemental Terms) and Privacy Policy. You further consent to being contacted at the number you provided by CarsDirect and certain participating automotive dealerships, which may include autodials, text messages, and/or pre-recorded calls; this consent is not a condition of purchase or service. Message and data rates may apply.
Have feedback about this experience?
Let us know.
Tags:
2016 Compare Cars Jeep Wrangler News Toyota 4Runner News Toyota News
2022
The Car Connection
See the winners »
2022
The Car Connection
See The Winner and Nominees »