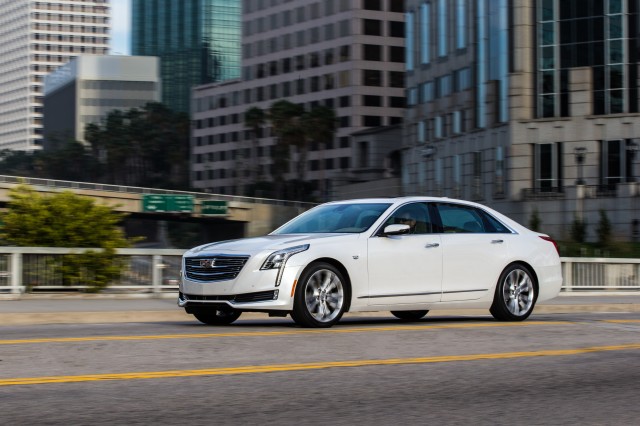 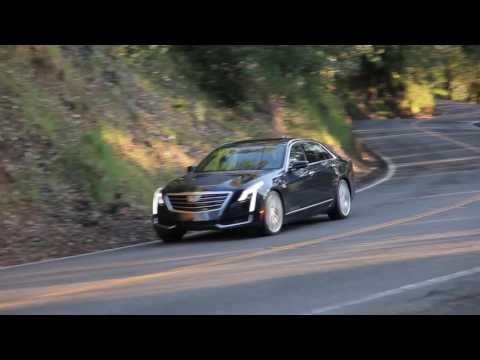 Cadillac is on a quest. It wants to be the next Benz, the new BMW, the up and coming Audi.

It has some truly excellent cars that put it in contention, with the compact ATS and the mid-size CTS.  Now it wants some of the full-size respect that gets heaped on the S-Class, the 7-Series, and the A8.

Its latest take on what it takes to become the standard of the world? The Cadillac CT6.

The CT6 leans on the looks Cadillac has layered on the compact ATS and mid-size CTS, but not too heavily. It's angular and substantial in the classic Cadillac way, but it wears crisp vertical LED lighting and a wide grille for a contemporary feel. The long hood and short decklid and all the sharp folds and creases, help it really stand out against its more sculpted rivals.

The cabin pushes the mute button on bling. The little design flourishes and unexpected shapes of cabins like that in the new S-Class aren't here. Instead, the CT6 wears basic black, and it wears it well. The dash curves gently over the gauges, and the spare design leans on a single line to draw your eye across the cabin. At the center of the dash, a 10.2-inch touchscreen is framed by wood, carbon-fiber, and leather.

Under the hood, the CT6 is more of a tweener car than a direct hit on S-Class territory. Each of its three engines combine with an 8-speed automatic. Base cars get a 265-horsepower turbo-4, while mid-range sedans have a 335-horsepower V-6. At the top of the lineup, a twin-turbo V-6 churns out 404 horsepower. 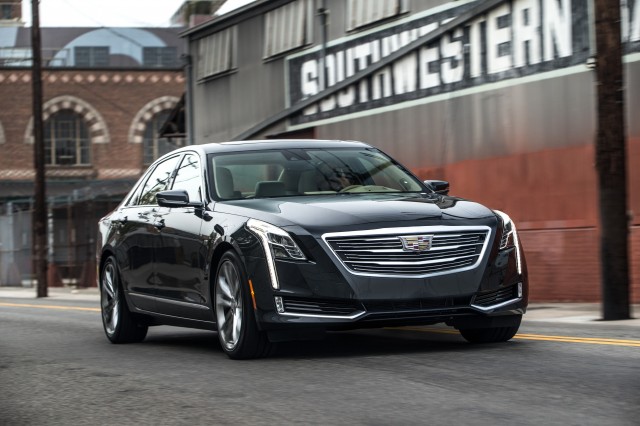 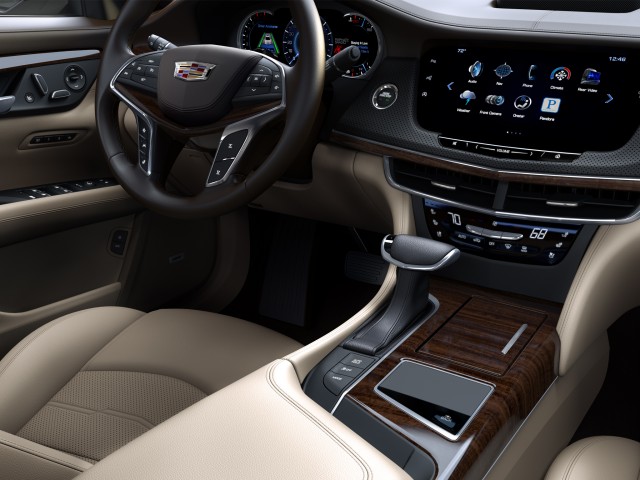 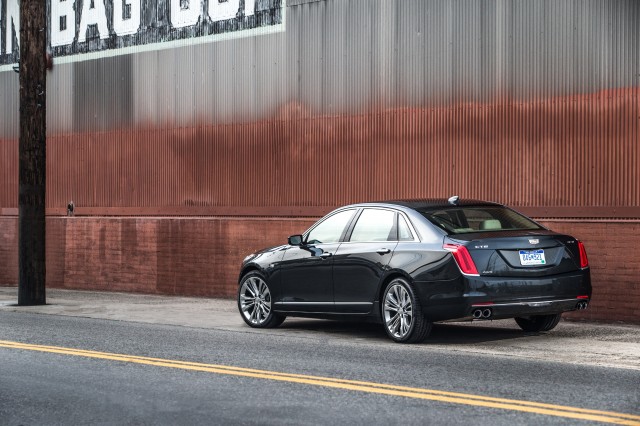 We've driven hundreds of miles in all three models, and wouldn't dismiss the turbo-4 at all. In fact, with rear-wheel drive, it might be our favorite version. It's about 400 pounds lighter than the heaviest model, almost a thousand pounds lighter than a typical S-Class.

It's no surprise, then, that it feels agile and light on its feet. It's an honest full-size sport sedan you'll love to drive--once you get over the mental math of small engine, big car.

Add in more horsepower and more weight, and the CT6 adds speed. And heft. The sport-sedan feel gets more distant in cars like the mid-range V-6, outfitted with all-wheel drive.

Its electric steering can feel less immediate--which is why Cadillac fits adaptive dampers as well as an active rear-steer system that turns the back wheels in the opposite direction of the fronts, to help the car turn more quickly.

Strap twin turbos on the V-6, and the CT6 feels unflappable. At that level it's a strong, serene luxury cruiser, capable of hitting 60 miles per hour in under 6 seconds. With any powertrain, the CT6 feels like a vault on wheels, with a noticeably firmer touch on the steering and shocks than the latest German full-sizers.

In terms of room and features, the CT6 has one of Cadillac's finest cockpits yet. The infotainment system is quicker and easier to use, and has a new touchpad surface that can understand handwriting gestures for things like address inputs.

Interior space is plentiful. The driving position is nice and low, though the steering wheel could extend more. There's enough rear-seat space for an NBA forward, and enough head room, too.

The front seats need work, though. They're very firm, and don't support or adjust as well or in as many ways as the seats in rivals.

On the safety front, the CT6 has sensors and cameras galore, including one that can replace the conventional rearview mirror, and a set of surround-view cameras. Adaptive cruise control, forward-collision warnings and automatic emergency braking are available, too, but there's no crash-test data just yet.

On the luxury front, the CT6 is clearly gunning for tech-friendly drivers with features such as in-car wireless internet, massaging rear seats, and a 34-speaker Bose Panaray sound system.  Prices start in the $50,000s, while our mid-range but highly optioned test car stickered at more than $77,000.

What's the bottom line with the 2016 Cadillac CT6? It's an elegantly styled, taut-handling luxury sedan, and in some ways it feels more German than its European rivals.