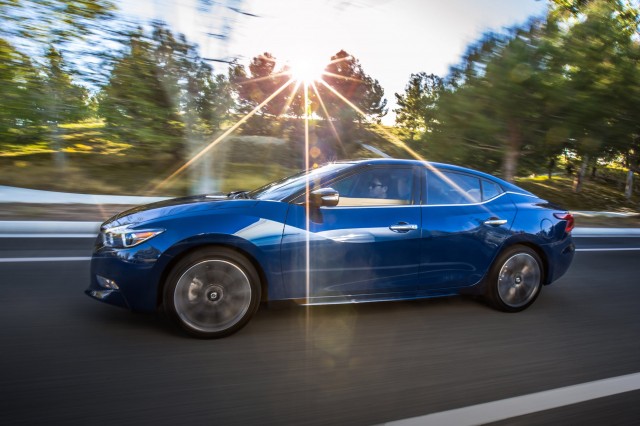 Nissan is recalling more than 12,000 Nissan Murano crossovers and Maxima sedans from the 2016 model year. The National Highway Traffic Safety Administration says that some of those vehicles may have a problem with their braking systems that could boost the risk of accidents.

"There is a possibility that some ABS Actuators may have been assembled with a pump containing an O-ring that was damaged in such a way that the brake fluid pressure may not be properly controlled during ABS and VDC system activation."

As a result, the functionality of those two systems may be reduced due to low brake fluid pressure. That can increase the time drivers need to stop their cars, which, in turn, increases the risk of accidents.

The recall is limited to the following dates of manufacture:

The recall is further limited to cars equipped with ABS and VDC. Nissan says that 12,616 vehicles in the U.S. will be subject to recall

Owners of those vehicles should receive recall notices from Nissan on or shortly after June 4, 2016. The notices will instruct owners to take their vehicles to Nissan dealerships, where their ABS actuators will be inspected and replaced as necessary, at no charge.