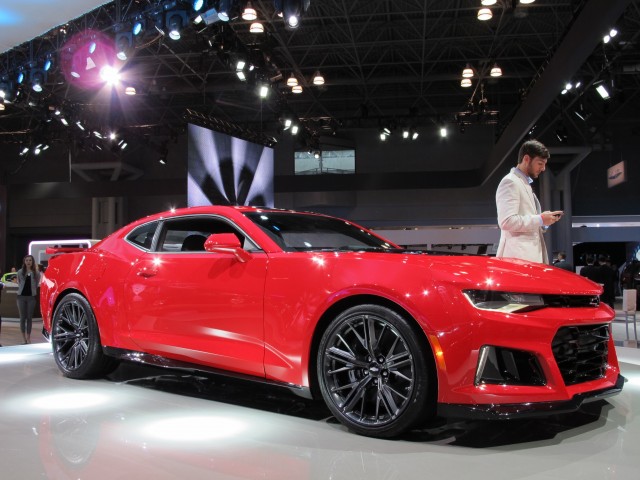 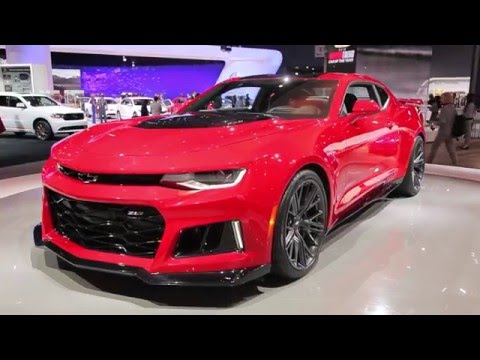 But the Camaro isn’t done yet. This year it’s getting its first serious performance edition in the 2017 Chevy Camaro ZL1.

MORE: Read about the Chevy Camaro

Corvette power in a Camaro body? That’s exactly what Chevy will unleash on the streets—and on the track—later this year.

The new Camaro ZL1 packs an unbelievable 640 horsepower and 640 pound-feet of torque. It all comes courtesy the same supercharged 6.2-liter V-8 found in the Corvette Z06 and the hot Cadillac CTS-V. It’s up 60 hp from the previous ZL1, which reeled off 1/4-mile times in the 11-second range. And it weighs 200 pounds less, Chevy says.

All that power is wedged into a chassis that’s lighter and handles better than today’s Mustang. But wait, there’s more. A rev-matching 6-speed manual is still standard, but the Camaro ZL1 will be the first GM vehicle to sport its new 10-speed automatic transmission.

The hardware hits keep coming. The Camaro’s excellent handling gets a big boost from magnetic shocks and an electronic limited-slip differential. The ZL1 has its own selectable driving modes, and its traction control has been remapped for performance driving.

You’ll be able to spot a ZL1 Camaro from a distance. It wears a body kit with a big front splitter, wider front fenders, and a lip spoiler on the trunk. The engine draws air through the Chevy bowtie logo, and pulls it out through a heat extractor in the hood. Inside, the ZL1 gets a flat-bottomed suede-covered steering wheel and Recaro bucket seats.

Will the ZL1 scorch the streets quicker than the Corvette? And will it blow past $75,000 on its way to the Chevy showroom? We’ll know more later this year after a first drive.