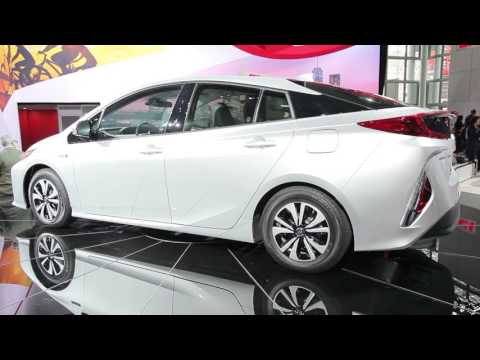 The latest Toyota Prius has been a real surprise—with daring looks and even a little bit of driving fun mixed in with stellar gas mileage.

Now it’s time for a Prius that blends in the power of the plug--the 2017 Toyota Prius Prime.

MORE: Read about the Toyota Prius

The Prime is the replacement for the last-generation Prius Plug-In Hybrid, but the idea is the same. Fit a higher-capacity lithium-ion battery to the gas-electric hybrid, and the Prius can drive on electric power for extended periods—22 miles of emission-free driving, in the case of the Prime.

The new battery pack is rated at 8.8 kilowatt-hours, and can be charged in about five and a half hours on a household outlet, or half that time on a Level 2 charger.

Once its 22 miles of electric power is used, the Prius Prime runs in hybrid mode and clocks in at 52 miles per gallon combined.

The Prime has a few distinctive touches, including its own LED taillights. Inside, there’s a tablet-style display for navigation and infotainment. The Prime also can connect to smartphones with mobile apps that keep the driver updated on battery state and nearby charging stations.

There’s no word on pricing, but the 2017 Toyota Prius Prime goes on sale later this year.