Auto loan amounts are on the rise, and so are delinquencies 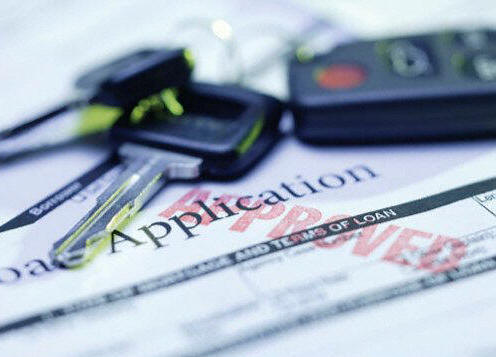 Everything old is new again: Full House is back on the air, the Spice Girls are planning a reunion tour, and auto loan delinquencies are steadily creeping upward.

At least one of those is a worrying trend.

Since the Great Recession, of course, auto loan delinquencies have remained fairly low. The financial crisis forced banks to tighten restrictions on credit, making loans harder to get for all but the most responsible borrowers.

As those restrictions slowly eased, most consumers used their new credit wisely. In fact, in the summer of 2013, repossessions hit all-time low.

Americans currently owe more than $1 trillion in auto loans, and the FDIC says that 1.82 percent of those loans were between 30 and 89 days delinquent during the fourth quarter of 2015. That's the highest delinquency rate that the FDIC has seen since it began keeping tabs on such stats in 2011.

The U.S. economy has steadily improved since the Great Recession, and the jobless rate currently hovers at 4.9 percent--a very low figure that hasn't been matched since February 2008.

However, in many places in America, wages haven't increased as quickly as the cost of living. Consumer confidence is shaky thanks to economic forecasts ranging from so-so to dire, depending on who's talking. That uncertainty isn't necessarily due to what's happening here in America, but because of instability in China and Europe, not to mention the world's rock-bottom oil prices. A few economists think it's time to start preparing for the next R-word.

Complicating matters is the fact that loan amounts for new cars are at an all-time high: according to Experian Automotive, the average new-car loan was $29,551 in the fourth quarter of 2015, which is $1,170 higher than the same period in 2014. Average monthly payments edged up slightly, too, from $482 in 2014 to $493 last year.

To accommodate those higher costs, many borrowers are opting for longer terms. Loans between 73 and 84 months now account for 29 percent of new-car loans and 16.4 percent of used-car loans.

WHAT DOES ALL THIS MEAN?

For consumers, the automotive outlook still seems fairly good. Experian says that interest rates for auto loans are relatively low, with new-vehicle loans averaging 4.63 percent and used-vehicle loans at 8.78 percent. Obviously, those with better credit can negotiate better deals, and with rates so low, banks are especially willing to bargain.

Of course, as delinquencies rise, the outlook gets a bit worse. Banks can tighten credit restrictions and raise rates to compensate for uncollectible loans. If banks wade too far into those risky waters, they could find themselves in need of help from the federal government.

The news isn't quite so rosy for new-car manufacturers. With new-car prices in sky-high territory, some consumers are opting for leases--in fact, a record 33.6 percent of new-car financing during the fourth quarter of 2015 was for leases.

However, many others are choosing to buy used cars. In fact, loans for used cars made up 62.8 percent of all vehicle financing during the last three months of 2015. If car prices continue to climb and household income fails to keep up, new-car purchases could keep sliding.