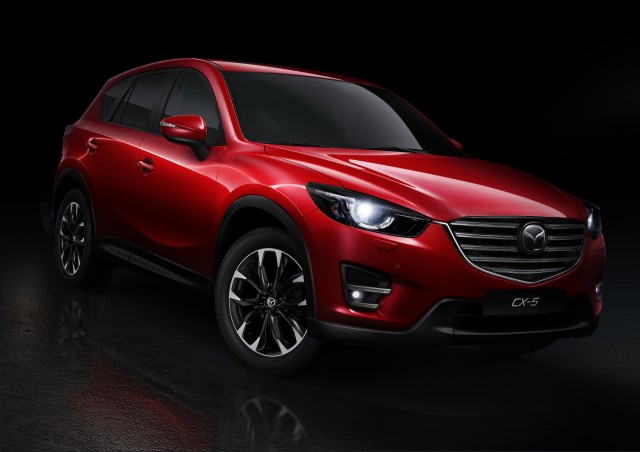 Mazda is issuing a recall and stop-sale for 2014, 2015, and 2016 models of the Mazda CX-5 crossover. Documents filed with the National Highway Traffic Safety Administration explain that a part on some of those vehicles may cause a fuel leak and potentially a fire.

Thankfully, Mazda says that it knows of no accidents or injuries linked to the problem.

Mazda just filed the paperwork to begin the recall yesterday, and the company hasn't yet published a proposed timeline for repairing vehicles. However, Mazda says that owners who are concerned about operating their vehicles before they've been fixed will be given a free loaner vehicle from their local dealer.

If you have further questions, you're encouraged to contact Mazda customer service at 800-222-5500.