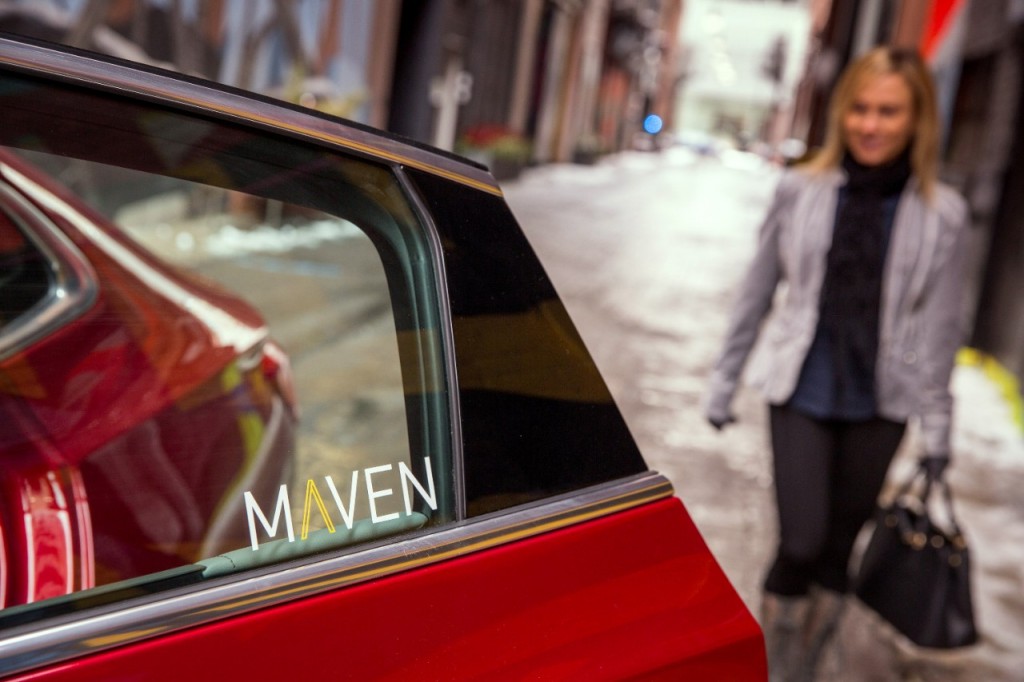 Like many of us, General Motors believes that the field of personal transportation will see significant changes in the coming decades. As proof, over the past 48 hours, we've learned about GM initiatives on both the car-sharing and ride-sharing front.

Car-sharing -- that is, allowing other drivers to use your vehicle when you're not behind the wheel -- is still in its infancy, but GM has had its eye on the segment for some time. Way back in 2011, the company partnered with RelayRides by letting its OnStar telematics system unlock and keep tabs on vehicles in the RelayRides network.

Now, GM has launched a car-sharing service of its own called Maven. GM explains:

Maven customers will experience seamless smartphone and keyless integration with the vehicle. Maven customers use its app to search for and reserve a vehicle by location or car type and unlock the vehicle with their smartphone. The app also enables remote functions such as starting, heating or cooling and more. Customers can bring their digital lives into the vehicle through Apple CarPlay, Android Auto, OnStar, SiriusXM radio and 4GLTE wireless. Each vehicle will provide an ownership-like experience with the convenience of car-sharing.

What's unusual here is that Maven isn't focused on the kind of peer-to-peer car-sharing that would allow car owners to rent out their vehicles during downtime. Instead, GM is working to build its own fleet of cars that are rentable on the fly, making Maven more like Zipcar than RelayRides.

Maven will roll out in phases, beginning this week in Ann Arbor, Michigan, where it will focus on students, faculty, and staff at the University of Michigan. Vehicles can be found at 21 parking spots across the city. Expansions in the immediate future will make Maven available to motorists in Chicago and New York City.

CHECK OUT: You're Cleared For Takeoff: REAL ID Restrictions For Air Travelers Postponed Until January 2018

The service is currently free to join but will likely require an annual fee. Rental rates start at $6 per hour or $42 per day. GM will provide each car with a gas card, and as long as users return vehicles with at least a quarter-tank of fuel, there'll be no charge for gas.

Ride-sharing -- that is, using your personal car as a de facto taxi by driving for Uber, Lyft, or similar outfit -- is a massive trend that threatens to upend the world's cab companies. Earlier this month, GM announced a $500 million partnership with Lyft that will, in part, provide Lyft with a fleet of autonomous cars.

Now, GM has purchased the assets and hired about 20 former employees of Sidecar, a ride-sharing company that recently shuttered. Sidecar began as a direct competitor to Uber, but the struggling company shifted to a delivery/courier service last year.  Unfortunately, the strategy change didn't pay off, and Sidecar closed its doors in December

Among the Sidecar staff shifting to GM is co-founder and CTO Jahan Khanna. It's not clear what Khanna's role will be at GM, but in its statement about Maven, the automaker says that its team "includes more than 40 dedicated employees from the connected car technology industry as well as ride- and car-sharing professionals from Google, Zipcar and Sidecar."

Also unclear is what GM plans to do with Sidecar's assets, especially the ride-sharing technology it acquired in the deal. However, we'd expect it to be put to use developing Lyft's growing network.