You're Cleared For Takeoff: REAL ID Restrictions For Air Travelers Postponed Until January 2018 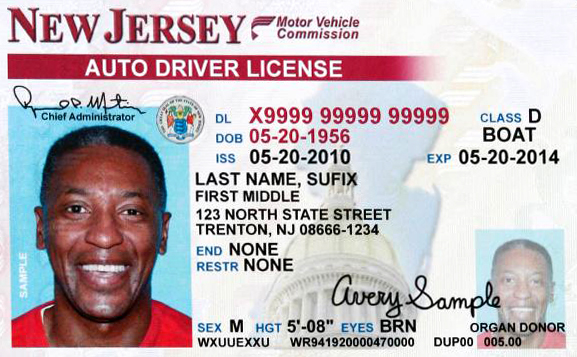 There is a bit of bad news, though: if you don't have a driver's license that conforms to the new U.S. standards by January 2018, you could find yourself stranded at the airport.

As we reported at the end of December, the new federal guidelines stem from the 9/11 Commission's final report, which was published in 2004. That report gave rise to the REAL ID Act, which Congress passed in 2005.

Although individual states and territories are still responsible for issuing driver's licenses, the REAL ID Act sets national standards for such documents -- the goal being to reduce the chances that terrorists and others might acquire legal U.S. IDs. If such documents fall into the hands of wrongdoers, they could gain access to military facilities, airplanes, and other sensitive areas.

The standards themselves aren't especially rigorous -- in fact, we're a little appalled that some states have been dragging their feet on this for a decade. The REAL ID Act requires that licenses include things like a holder's date of birth and a front-facing photo. It also requires magnetic strips or barcodes on IDs, which makes them harder to forge. And it requires background checks for the folks who issue IDs.

And yet, some 28 states still haven't complied with the new regulations. Of that number, 23 have applied for waivers, which would give them more time to get their license situation up to code:

However, five states haven't even asked for waivers, or they have asked and have been declined:

Why the delay? Some states have chafed at the idea of federal ID standards, since those guidelines have typically been set by individual states. Also, some have expressed concerns about REAL ID requirements that birth certificates and other documents be stored in digital form, potentially making them accessible by hackers.

The TSA has repeatedly delayed the roll-out of restrictions associated with licenses that don't conform to REAL ID specs. Among other things, those restrictions would prevent drivers from the aforementioned states from using their licenses to board planes. There had been speculation that the agency planned to issue new rules about REAL ID implementation in early 2016 -- and it has.

This month, the TSA issued a significant extension on the roll-out of REAL ID restrictions. Though folks at military bases, nuclear facilities, and other sensitive areas will now have to present a compliant ID to enter (e.g. an upgraded driver's license or a U.S. passport), fliers on commercial airlines have about two years of breathing room.

Effective January 22, 2018, air travelers with a driver’s license or identification card issued by a state that does not meet the requirements of the REAL ID Act (unless that state has been granted an extension to comply with the Act) must present an alternative form of identification acceptable to the Transportation Security Administration (TSA) in order to board a commercial domestic flight. Over the next two years, those states that are not REAL ID compliant are strongly encouraged to meet the requirements of the law for the benefit of their residents.

Of course, Johnson's statement leaves the door open to more extensions for non-compliant states, meaning that the implementation of REAL ID standards could be delayed for months beyond the January 2018 deadline. Hopefully, far more states will have gotten up to speed by then, giving travelers a little less to worry about.