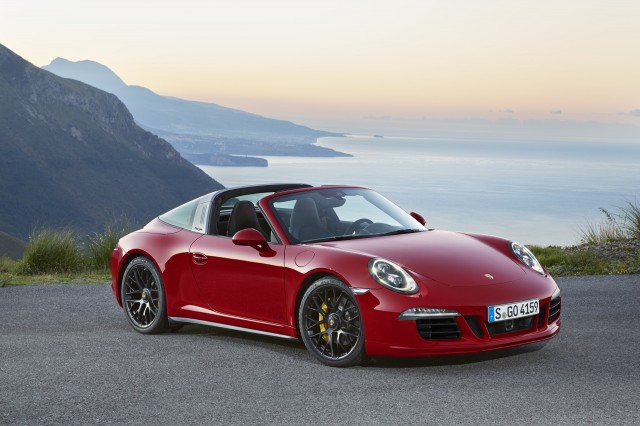 The 2016 Porsche 911 is one of just a few sports cars that, for decades, has managed to simultaneously preserve its own unique style and lineage and yet provide performance that's remained near the head of the pack.

If you’ve already brought your 2011 or 2012 Jeep Grand Cherokee or Dodge Durango in for a repair of the headliner or vanity mirror, you might need to have it done once again.

This year brings the biggest news for the Lexus GS since its 2013 redesign as a turbocharged GS 200t joins the V-6-powered GS 350 and GS 450h hybrid in the lineup.

Audi this week outlined some critical investments in plant upgrades around the globe and as part of the outline the German automaker confirmed plans for the arrival of a new Q2 in 2016. The vehicle, already spied in prototype form, will be a sleek compact crossover smaller than the Q3 and based on the Volkswagen Group’s flexible MQB platform.

Just as many rivals expand with new dedicated racing series for the growing list of wealthy clientele with a taste for racing, Maserati is concluding its own Trofeo MC World Series that centered on the GranTurismo. The journey lasted six years and ended only this month at the Yas Marina Circuit in Abu Dhabi.

Classic Recreations, based in Yukon, Oklahoma, is in the business of building classic Shelby Mustang continuation models under license, typically with modern mechancials. Some beauties include this 1966 Mustang Fastback Shelby GT350CR and even the fictional ‘Eleanor’ Mustang from the movie Gone In 60 Seconds.

Our recent article on the reliability implications of a Plug-In America survey of early Tesla Model S owners was met with skepticism from the company's supporters, and support from its skeptics. But in a counter-intuitive Freakonomics-style twist, it's the firm's fans who should hope the results were accurate--and its foes who should hope they were overblown.

After spending four days and covering 440 miles with a new Toyota Prius, we can say that in our first real-world testing, the car delivers on its 50-mpg promise. We got daily readings of 50 to 54 miles per gallon in a mix of three-quarters highway miles and one-quarter low-speed local use.

China Emission Standards: So Tough Honda Will Have All Hybrids By 2025

China is the world's largest market for new cars, and it also has some of the world's worst air pollution. Cities have had to limit new-car sales and restrict car use to combat rampant pollution, while the government is aggressively promoting electric cars as a solution to the problem.