Connect with our dealer and finance partners through our site and ask for details regarding their at-home car buying services.
OK
HomeNewsLuxury 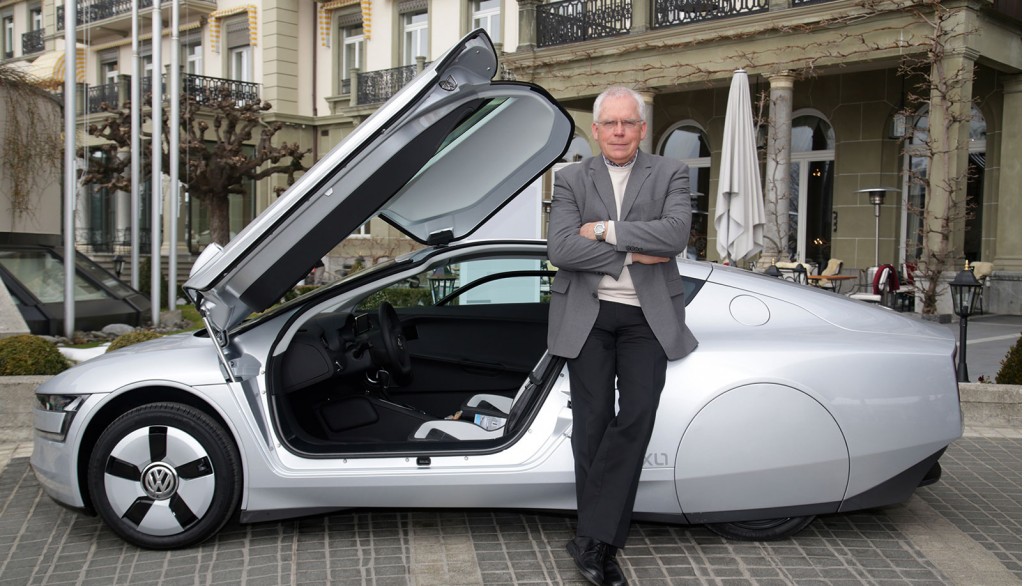 It was unusual when, at their home-court auto show in Frankfurt in September, the world's biggest seller of diesels put such a strong focus on electric cars. All became clear the Friday after press days when it was revealed that the company's diesel engines were part of a vast deception. Engineers had rigged VW's small turbodiesel engines with so-called "defeat devices" that allowed the engines to meet legal standards during official testing--and to flout those standards on public roads. The scandal raced through the ranks in Wolfsburg, taking with it chairman Martin Winterkorn and a slew of chief engineers, including Uli Hackenberg, at the time Audi's head of research and development. Its core brands all were affected, in markets around the world. As of yet, there is no formal plan to resolve the issue completely, but it's clear the numerous technical and legal hurdles will come at an enormous cost. At latest count, the number of vehicles affected has passed 11 million--and the potential pricetag for repairs, buybacks, and lawsuits is estimated conservatively at more than $20 billion. 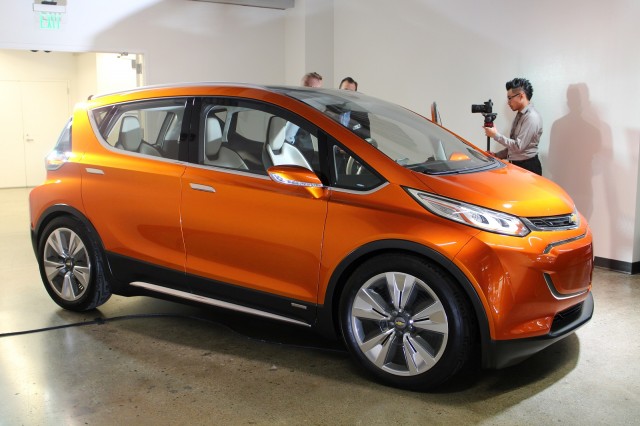 Dieselgate may have permanently tilted the alternative-vehicle tide in favor of electric cars, despite their infrastructure and cost issues. The prime example of the turnabout? The Porsche Mission E concept shown at the Frankfurt auto show, a pure electric with 300 miles of range, and the Audi e-tron quattro electric SUV. When the world's chief purveyor of diesels makes such an about-face, so quickly, it's clear even the evangelists have lost faith in the ability of diesel to be transformed for a lower-emission future. A not-inconsequential second to that motion? The Bolt EV, in which Chevy drops the electric-car gloves, and raises the bar with a 200-mile battery-electric car priced at about $30,000 after federal incentives. It's a truly terrible name, but a watershed moment for the company that built the EV1, endured the slings and arrows of Michael Moore, and then fought back with the extended-range Volt. 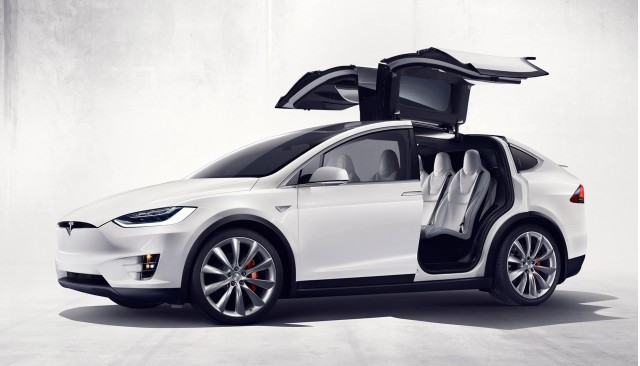 The Model X finally makes its debut, and the cult of Tesla grows

After myriad delays, Tesla finally unveiled the production version of its Model X. Throngs of adulating crowds cheered on founder Elon Musk, who regaled potential buyers with gimmicky features like top-hinged doors and a "Bioweapon Defense Mode" while the media were relegated to the sidelines. That's how they roll in TeslaWorld, where troubling undercurrents of sluggish Model S sales, battery-pack recalls, and costly Model X engineering and assembly processes are subsumed by Tesla fervor and the cult-like adoration of Elon Musk. While Model X sales creep up to pace, and engineering ostensibly progresses on the promised $30,000 Model III sedan, Tesla and Musk continue to cater only to the true believers, expanding Supercharging stations, building a battery-assembly facility in Nevada, and moving ahead as if electric cars were a naturally swelling tide about to overtake gas-powered vehicles. It's both a deep act of faith in this version of the future, and hucksterism taken to new heights. 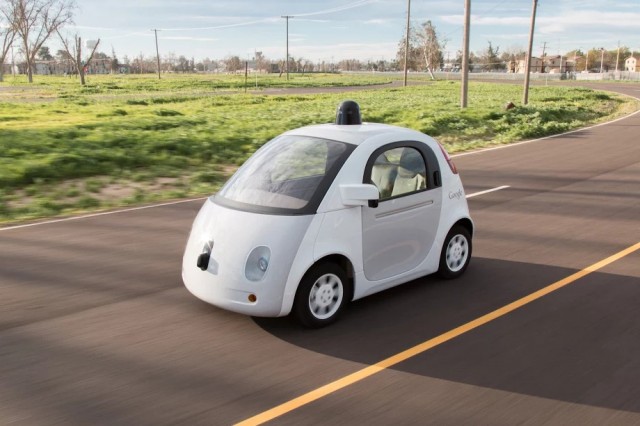 Autonomous driving gathers speed, thanks to Tesla and Google

Call it piloted driving, hands-free driving, attention-free driving, or autonomous driving--cars that can drive themselves aren't just coming, they're already here. While automakers from around the world made incremental gains and media hype out of some autonomous features, two auto-related companies dove into the deep end of the driverless-car future. Tesla deployed a degree of autonomous driving on its existing fleet of cars, effectively using owners as beta testers. But it's likely the Google car announcement that will be seen by history as the tipping point for a new era of autos. The tech giant said it would built its own fleet of autonomous vehicles, and showed an egg-shaped prototype that it promised would be on the road by the end of the decade--an announcement followed by rumors that Ford would partner with the company to build vehicles equipped with Google's autonomous-car technology. Automakers are catapulting into the autonomous-driving space; meanwhile, fundamental questions like liability and the degree of self-driving allowed by law, are only now being hashed out in legislatures and in the courts. 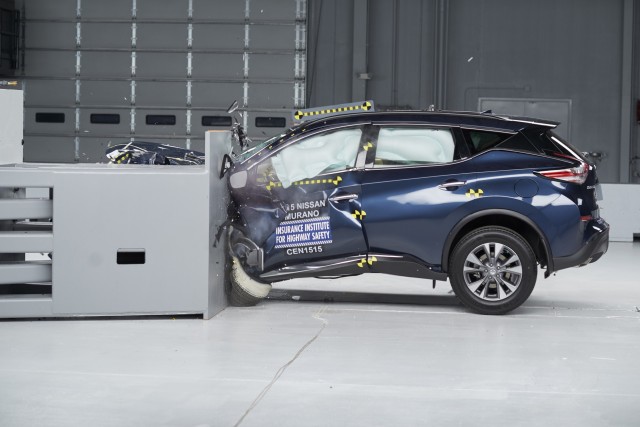 The NHTSA gets serious about high-tech safety

Our federal car-safety agency might not always be ahead of the game in recalls (more on that in a moment), but it is trying to get a grasp on the larger issue of better car safety through technology. In December, the National Highway Traffic Safety Administration (NHTSA) said it would dramatically boost the safety technology required to earn top star ratings applied by the agency to new vehicles. That technology--including everything from rearview cameras to forward-collision alerts and automatic braking--will now roll into new-vehicle fleets in time for the 2019 model year. To earn a five-star rating when the new rules are implemented, cars will have to perform well in tests for crash avoidance and pedestrian protection, as well as new and tougher tests for protection in off-angle impacts and frontal impacts. The net effect will be to make equipment like forward-collision warnings, automatic braking, and rearview cameras all but mandatory. 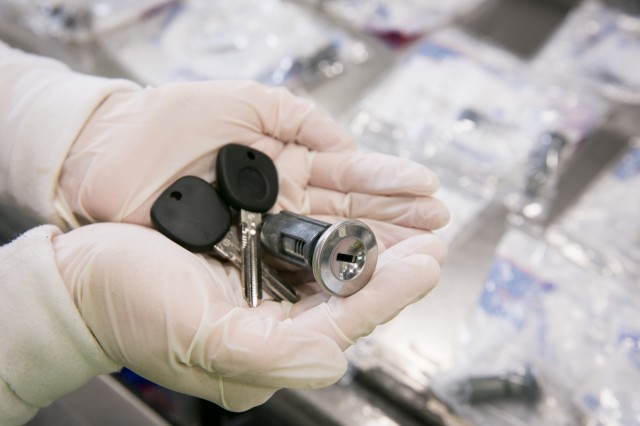 It began as a few reports of faulty ignition switches, more than a decade ago--but it snowballed into one of GM's biggest recalls and public-relations black eyes in its history. For the past two years, the recall of millions of GM vehicles equipped with faulty ignition switches has rolled through the federal government and the courts. Now it's entering a new and costly phase, where civil and criminal penalties are being assessed. As of the end of the year, the faulty switches have been associated with at least 275 injuries and 124 deaths, and the bill GM will pay to families in compensation for losses is already well over $500 million--before GM puts a pricetag on repairing the more than 2.6 million vehicles affected. That's also before GM pays any criminal penalties, which could approach a billion dollars--the price it will pay for failing to repair the switches for more than a decade after it became aware of the problem.

Both GM and airbag maker Takata can thank Volkswagen for stealing the recall spotlight at the end of 2015--but for much of the year, the Takata airbag recall was the biggest story in the automotive universe. A faulty design of airbag inflators left them vulnerable to moisture and to premature detonation--and that led to one of the biggest recalls ever. By year's end, some 34 million vehicles with Takata airbags were deemed to be on the recall list worldwide. That makes the Takata recall bigger than the recall of more than 31 million bottles of Tylenol in 1982, where cyanide tampering eventually was found to be the cause of deaths in the Chicago area. 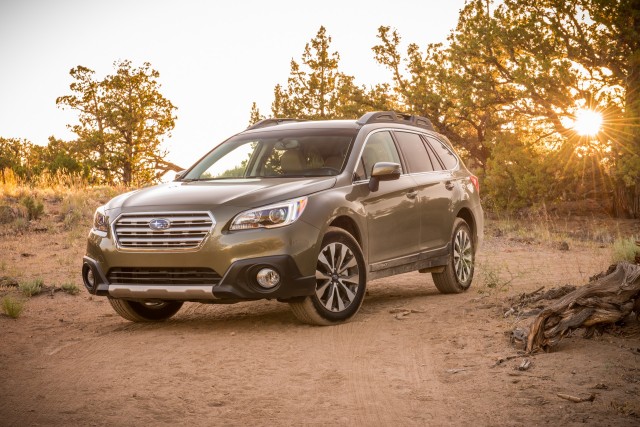 Plumped by low-interest loans and fed by demand from shoppers who didn't buy cars during the Great Recession, car sales reached within striking distance of an all-time high this year. Save for notable exceptions like Volkswagen, nearly every major automaker sold more cars in the U.S. this year than last year--and many sold more than they ever have. Brands like Kia, Hyundai, Nissan, and Mercedes-Benz posted strong gains on the year, with Subaru breaking its yearly sales record with the entire month of December yet to be reported. With year-end numbers still being tallied, the overall sales figure for 2015 could tally 17.5 million units--with many analysts predicting an 18-million figure for 2016. The previous record of 17.4 million new vehicle sales was set in 2000.

Southern states that have wooed car companies to build assembly plants now have opened a new front in the battle for jobs: headquarters. In January, Mercedes-Benz USA announced it would leave its home in New Jersey for suburban Atlanta, Georgia, with relocation starting in the summer and due to be completed by 2018, when a new office campus will be completed. The company also bought the naming rights for the Georgia capital's new football stadium--and then saw its CEO Stephen Cannon leave the company to head the group that runs the stadium as well as the Atlanta Falcons football team. Meanwhile, Volvo said it would build an assembly plant near Charleston, S.C., while Porsche formally opened its new headquarters and driving experience next to Atlanta's sprawling Hartsfield-Jackson International Airport. At that grand opening, Ga. Governor Nathan Deal and Atlanta Mayor Kasim Reed made no bones about attempting to lure other automakers to the city, positioning it as a new industry hub to rival those in Detroit and Los Angeles. 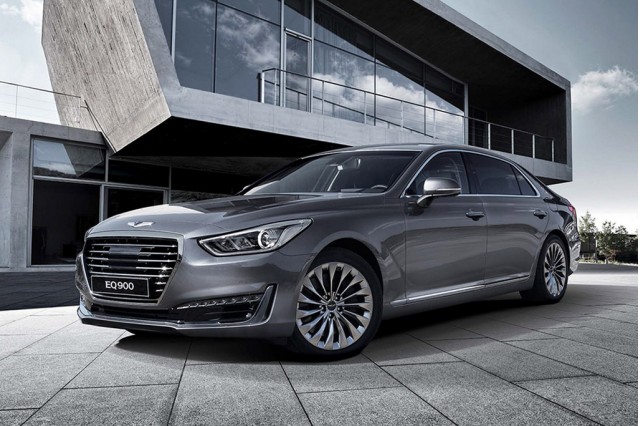 Luxury's interesting new turns, with SUVs at the center

With gas prices at $2 a gallon on average, strong car sales really mean strong light-truck sales--and now, even the world's newest and most exclusive luxury brands are getting in on the truck action. Bentley introduced its Bentayga SUV, complete with an available dash-mounted Tourbillon timepiece priced at $170,000--for the timepiece, not the entire vehicle. Lamborghini confirmed it will build its Urus SUV, on some of the same underpinnings as the Bentayga; and even Rolls-Royce confirmed it was developing a vehicle with some SUV-ish attributes. Even at the more mainstream level, luxury was twinned with utility: Hyundai's splitting off its Genesis cars into a new brand, with a Genesis SUV coming soon, while Volvo rebooted its entire franchise with the excellent but expensive XC90. Remember when the world criticized Cadillac and Lincoln for gambling their futures on vehicles like Escalade and Navigator? As it turns out, no brand is immune from the profitability that light trucks and SUVs can bring.