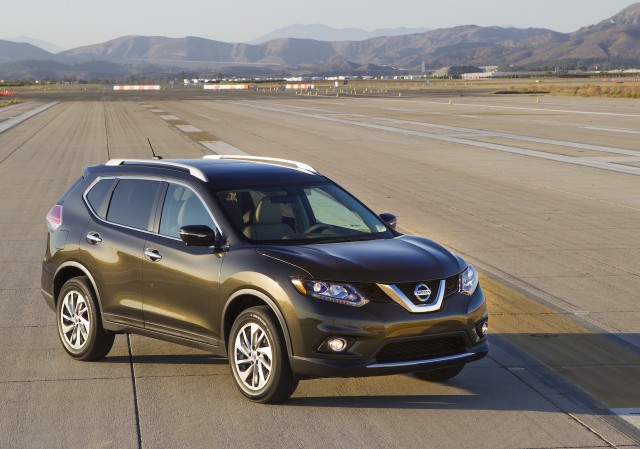 Nissan is recalling nearly 34,000 Nissan Rogue crossovers registered in the U.S. According to a bulletin from the National Highway Traffic Safety Administration, the recall stems from a problem with the Rogue's shifter that could allow some 2015 model-year vehicles to roll away when owners believe they're parked.

The Rogue's faulty parts include a shift selector knob manufactured by China's Guangzhou Jofu Machinery Industry Co.,Ltd. and a shifter assembly built by Ficosa North America S. A. in Michigan. Correspondence between Nissan and NHTSA reports that, after conducting tests, the automaker discovered that:

"[T]he shift selector knob and shifter rod contained manufacturing defects that caused uneven spring pressure inside the knob on some of the potentially affected vehicles within the subject population. In certain instances, the combination of both quality issues may cause the spring to bind during operation due to excessive clearance between the shifter rod and the shift selector knob hole. As a result, the shift lever can be cycled without depressing the brake pedal."

In plain English: the Rogue can be shifted out of park without the driver hitting the brakes. As a result, the vehicle may move unexpectedly, increasing the risk of crashes and injuries.

The recall affects 33,880 crossovers registered in the U.S. that were built between February 10, 2015 and May 13, 2015. Nissan says that it will mail recall notices to owners of those vehicles this month.

After receiving recall notices, owners will be able to take their vehicles to Nissan dealers, who will inspect and replace the shift selector knob, if necessary. Repairs will be carried out at no charge.