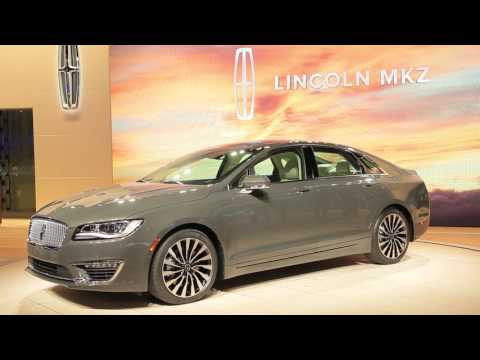 Lincoln is in a battle for its future. Is it going to be a premium nameplate, with just-above Ford features and prices? Or will it be a true luxury brand, with its own powertrains and technology?

The 2017 Lincoln MKZ answers some of those questions.

For the first time ever, the MKZ gets its own engine, one not shared with the related Ford Fusion. It's a twin-turbo, 3.0-liter V-6 that's coupled to a torque-vectoring all-wheel-drive system and a six-speed automatic.

In that form, the MKZ will turn out 400 horsepower--a hundred more than today's top V-6 versions. The engine will also be offered on front-drive models, but in that trim it will be rated at 350 horsepower.

The MKZ's former V-6 and turbo four get the broom, and the new base engine in the MKZ will be a 2.0-liter turbocharged four-cylinder making 245 horsepower. The Hybrid model will return,with its gas-electric drivetrain turning in 188 horsepower and an estimated 40 miles per gallon on the EPA combined cycle.

Calling out the MKZ's new power will be a new look. The twin-wing grille of the past decade gives way to a taller mesh grille and slim headlamps that have more than a whiff of Jaguar about them.

The interior bags some of its touch-sensitive controls and reverts to real knobs and switches for audio and climate controls. Lincoln's also one-upping the car-color name game with interior themes dubbed Thoroughbred, Vineyard, and Chalet. Fancy.