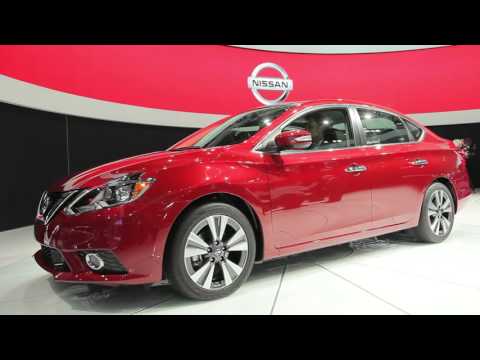 Some of the best cars to buy are small sedans--cars like the new Honda Civic, Chevy Cruze, and Hyundai Elantra.

Nissan has some catching up to do with its Sentra, but will the 2016 model-year update give it the boost it needs?

While it's not a dramatic change, the 2016 Sentra gets an updated look. With some new styling touches, it's more in line with the latest Altima and the new Murano. There's a new front fascia, grille, fenders, and hood. On Sentra SE and SL models, Nissan has added LED headlights and daytime running lights.

Inside, the Sentra has a new steering wheel design, a new center gauge cluster, an updated center console and shift knob, and new fabrics for the seats. The LCD screen in the gauge cluster has been made higher resolution while some models now feature a 5-inch information display.

The basic passenger space is unchanged, and the Sentra keeps up its cargo duties with a 60/40 split-folding rear seat and a 15.1-cubic-foot trunk.

Powering the Sentra is a 1.8-liter four-cylinder with 130 horsepower and 128 pound-feet of torque. Most models send power to the front wheels through a continuously variable transmission, though you can #GiveAShift with six-speed manual in the base S model.

Safety features have been upgraded. The Sentra is now available with adaptive cruise control, blind-spot monitors, and forward-collision warnings with automatic braking.