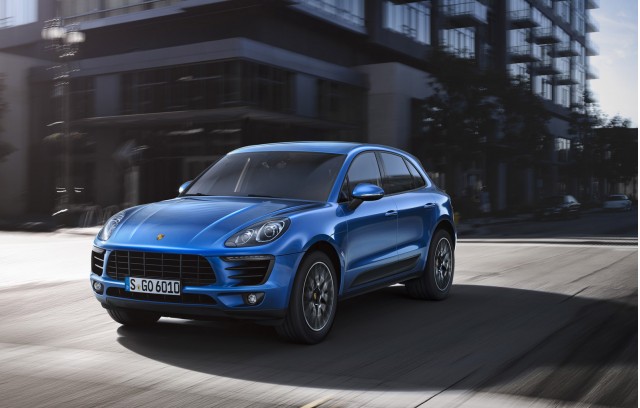 Porsche is recalling nearly 22,000 U.S.-registered Porsche Macan crossovers from the 2015 and 2016 model years. According to the National Highway Traffic Safety Administration, some of those vehicles may be equipped with leaky fuel lines, which could start a fire.

The Macan's problem is linked to a faulty low-pressure fuel line in the engine compartment. The line was manufactured in Germany by Pass GmbH & Co. KG. NHTSA documents blame the leak on "unfavorable material composition", which can "deteriorate and develop very small leaks" over time.

In some cases, Macan owners have reported a fuel smell coming from the engine compartment. Depending on the severity and placement of the leak, the fuel could cause a fire in the vehicle, though as of October 29, Porsche had not received reports of any accidents, injuries, or fires.

The recall is limited to the following models and dates of manufacture:

Porsche says that it mailed interim notices to owners on November 9, 2015 and plans to follow up with a second notice when replacement parts become available. At that time, Macan owners will be able to take their vehicles to Porsche dealers, who will install a new, improved low-pressure fuel line at no charge.