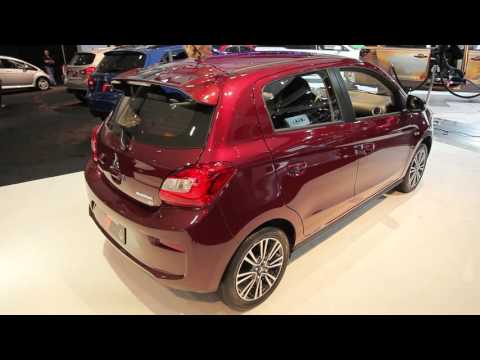 You might not know it, but the tiny Mirage has been a smash hit for Mitsubishi. The automaker needed to sell just 7,500 to break even in the U.S.; yet in the first twelve months of sales it sold 16,000 units. Now, it's time for an update.

The exterior's been updated with a new hood, front grille, front and rear bumpers, fog and headlights, rear spoiler and wheels. Mitsubishi says the updates were done in an effort to maximize fuel efficiency.

Mirages continue to be powered by a 1.2-liter three-cylinder with 78 horsepower and 74 pound-feet of torque. Power is sent to the front wheels through either a manual or continuously variable transmission.

Pricing and fuel economy haven''t been announced, but the 2017 Mitsubishi Mirage will go on sale in the spring of 2016.