'Made In China' May Be Fine For Volvo, But Not Lexus -- Or Chinese Shoppers 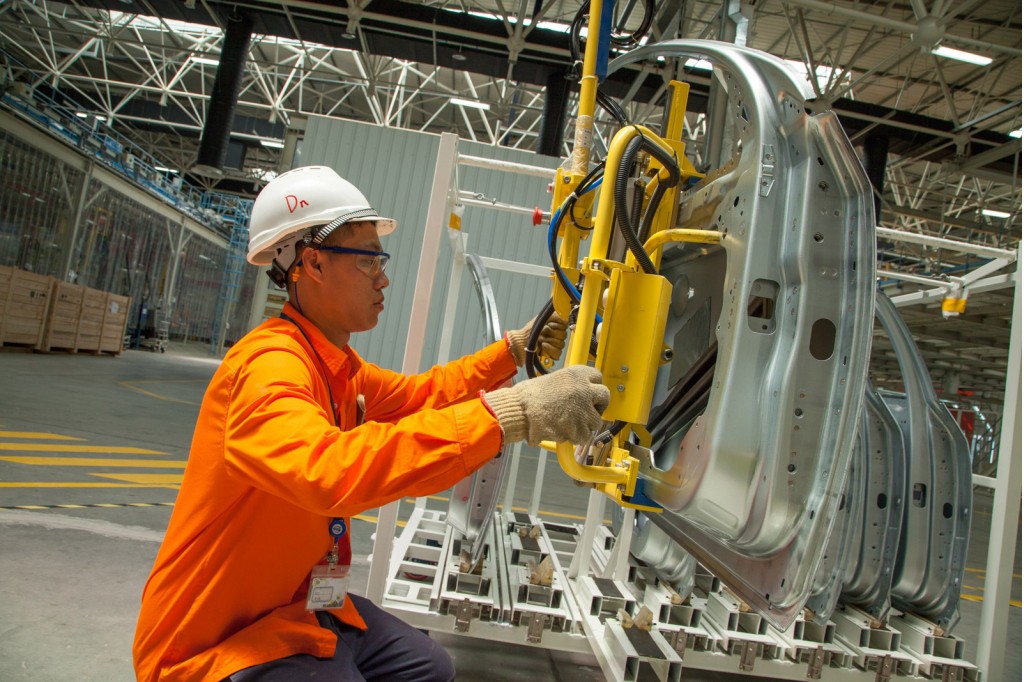 Lexus is one of the few luxury automakers that hasn't set up shop in China. That's undoubtedly lost the company plenty of sales, because vehicles imported to China carry high tariffs and cost around 30 percent more than cars made domestically.

But Lexus is sticking to its guns -- at least for the next couple of decades, until it feels that China's automotive workforce can meet Lexus' stringent manufacturing demands.

Lexus has taken great pains to ensure that its vehicles are well-made. It believes that building a car requires skills that take years to perfect, even for assembly line workers who are often considered interchangeable in many industries.

China, in Lexus' view, doesn't have the long history of building cars that Lexus does, and as a result, it lacks the attention to detail required to make luxury vehicles. According to Lexus' Takashi Yamamoto, it could be decades before Chinese workers are up to snuff.

THE GOOD AND BAD OF "MADE IN CHINA"

What Lexus doesn't talk about, but what's surely on the company's mind, is consumer attitudes toward Chinese-made products.

For the past century or so, businesses in America and Europe have faced a curious conundrum: they've wanted to outsource manufacturing to places like China and Mexico, where labor is relatively cheap, but consumers have had mixed feelings about those cheaply made products.

In some instances, the dynamic works. When the products up for grabs are high-tech gadgets like tablets and smartphones, consumers are fine with Chinese-made devices -- especially if the products are sleek and sexy, like those from Apple.

In other cases, however, "Made in China" can be a kiss of death. That's especially true in the luxury arena, where shoppers want to know that their purses, suits, and watches have been lovingly handmade by happy artisans carrying on generations of family traditions, not suicide-prone workers on grim assembly lines.

Nowhere is this division more pronounced than in the automotive arena. Based on your comments about Geely's proposed arrival in the U.S., the debut of its Chinese-made Volvo S60 Inscription, and the possibility of a Buick built overseas, passions among fans and foes of Chinese-made products run very high.

This is even true in China itself. Numerous studies and incidents illustrate the fact that Chinese consumers have typically been wary about items manufactured in their home country. This piece sums up the attitude pretty nicely:

"Chinese consumers generally favor foreign brands Product safety incidents and lax government supervision have scared Chinese consumers away from certain domestic products. Consumers will often pay a premium for foreign brands to ensure quality, particularly for important items such as infant formula. To increase their products’ appeal, many Chinese companies register an office in the United States or Europe and brand their products as “foreign.” This has made it increasingly difficult for consumers to discern domestic from foreign brands, and they thus turn to famous and leading brands instead."

However, that attitude may be changing. As China's economy falters, consumers have scaled back their spending habits, but they still want the appearance of luxury. To get it, some shoppers are turning to cheaper, Chinese-made knockoffs.

As much as people may bash the "Made in China" label, Chinese products are gaining in popularity and in quality. A recent J.D. Power study of initial car quality showed that last year, Chinese-manufactured vehicles had fewer problems in the first few months of ownership than comparable American-made cars -- 105 problems per 100 vehicles made in China, compared to 112 for American-made cars.

However, that in itself won't change mindsets, even in China. That will take a much, much longer time.

The shift will begin with mass-market consumers buying Chinese-made vehicles and other products. In the luxury field, foreign brands will remain the most desirable, at least for the near term.

But eventually, that, too, will shift. Chinese companies will become better branders and do a better job selling their products to those with high-end tastes. Hopefully, Lexus will have a foothold in the market before that happens.