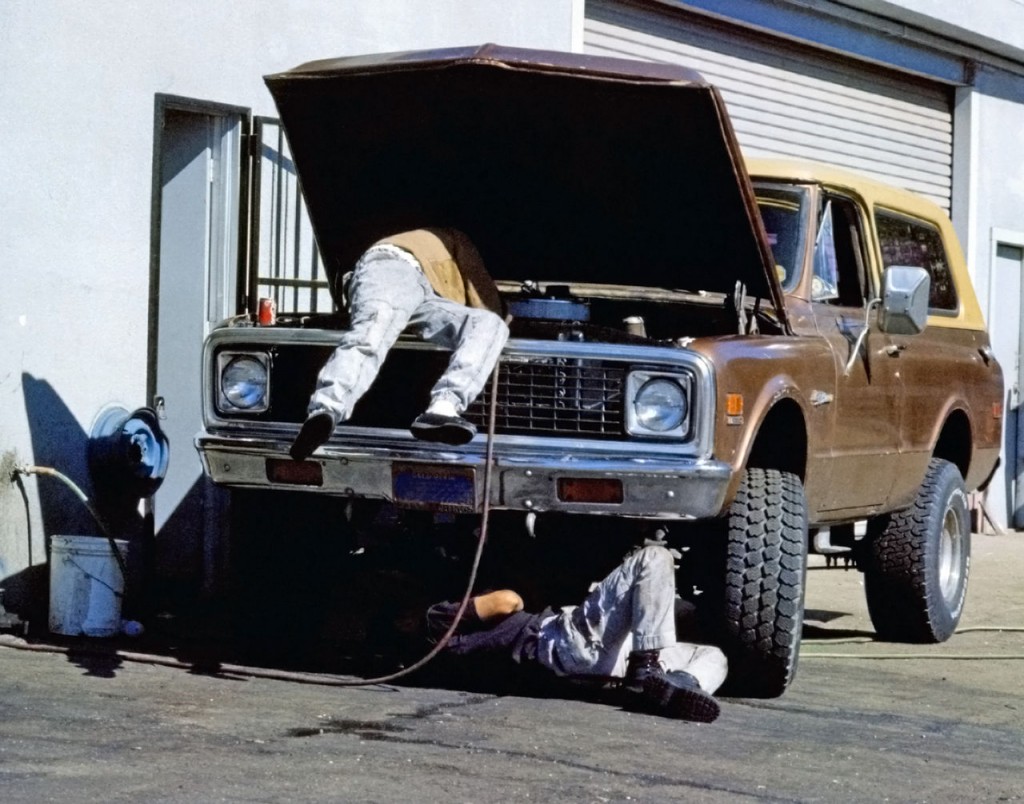 Last spring, we asked an important question: "Do You Really Own Your Car?" According to Auto News, one federal agency has now provided a definitive answer, which will make tinkerers and tuners happy -- if the decision doesn't get upended by federal law, that is.

HOW WE GOT HERE

For as long as there have been cars, people have been customizing them. Some tweaks have been cosmetic (e.g. bumper stickers, fuzzy dice, questionable paint choices), others have been more substantial (e.g. upgrades to headlights, suspensions, and engines). But one place that shade-tree mechanics haven't been allowed to poke their noses is in the code powering the onboard computers that control most modern vehicles.

Then, something important happened. Earlier this year, the Library of Congress and the U.S. Copyright Office began considering whether automotive software was protected by copyright law.

READ: In The Wake Of Dieselgate, Volkswagen Is Less Interested In Being World's Biggest Automaker

General Motors, John Deere, and other equipment manufacturers insist that code falls under the protection of the Digital Millennium Copyright Act. They argue that the DMCA already protects videogames, music files, and e-books, so the same standard should be applied to other digital content -- namely, their software.

Consumer groups, industry watchdogs, and others stand firmly on the opposite side of the issue. Their arguments vary wildly: some insist that inspecting code ensures the safety of consumers, others say that there are profound differences between, say, the code found in entertainment products like videogames and the code that powers our vehicles.

Tuners, of course, have long been hoping to get the green light to amend the code on their vehicles. Chris Kersting, president of the Specialty Equipment Market Association (SEMA) had this to say after the ruling came down:

"SEMA has always maintained that the right to access vehicle systems to utilize, maintain and upgrade vehicles is legal as fair use under copyright law, as are activities undertaken to achieve interoperability with aftermarket products."

But the celebrations at SEMA could be short-lived. A bill proposed in the U.S. House of Representatives would make tinkering with automotive software a violation of federal law.

While the bill (PDF) contains some good provisions -- like requiring automakers to send out recall notices by email -- section 302 contains this important sentence:

“It shall be unlawful for any person to access, without authorization, an electronic control unit or critical system of a motor vehicle, or other system containing driving data for such motor vehicle, either wirelessly or through a wired connection.”

Now, on the one hand, that makes sense -- especially in light of recent stories about vehicles being hacked. But let's not forget: those software loopholes were uncovered by good-guy hackers who, under this bill, would be breaking the law. As the Federal Trade Commission has said in reference to the bill, giving individuals and organizations access to automotive software can actually improve public safety:

"We support the goal of deterring criminals from accessing vehicle data. Security researchers have, however, uncovered security vulnerabilities in connected cars by accessing such systems. Responsible researchers often contact companies to inform them of these vulnerabilities so that the companies can voluntarily make their cars safer. By prohibiting such access even for research purposes, this provision would likely disincentivize such research, to the detriment of consumers’ privacy, security, and safety."

The bill is new -- it's not even showing up on GovTrack yet -- so there's plenty of time for it to evolve, but as it stands now, the language seems a bit too broad for our tastes.

We can see both sides of this issue.

On the one hand, America has created robust systems to protect intellectual property, whether that property takes the form of copyrighted novels or patented backscratchers. Those protections encourage innovation by promising companies and individuals working in many fields that the things they dream up will remain their property. GM and John Deere deserve those protections, too.

Furthermore, we understand that the software that underpins our cars keeps us safe. Tinkering with it could endanger our own lives or those of other motorists and passengers.

On the other hand, having access to the code in our cars could help improve it or even detect wrongdoing. Heck, how much earlier could Volkswagen's emissions-test-cheating software have come to light if it had been more accessible?

Also, it's important to note that when the Library of Congress said it was okay to customize automotive software, it didn't cover every part of the vehicle. In fact, the areas most often attacked by hackers -- telematics and infotainment system -- were excluded from the ruling. So, concerns that the Library of Congress has opened the door wide to bad-guy hackers may be overblown.

(FWIW, the ruling also applies only to owners, not to garages or other third parties who might want to diagnose and repair cars. Making the ruling applicable to those parties would take an act of Congress -- literally.)

If the ruling stands and the aforementioned bill fails, it would give owners the ability to diagnose problems with their vehicles, fix those problems, and apply upgrades without fear of breaking copyright laws. That doesn't mean that automakers couldn't void warranties, though.

Got any thoughts about this complicated issue? Share 'em in the comments section below.