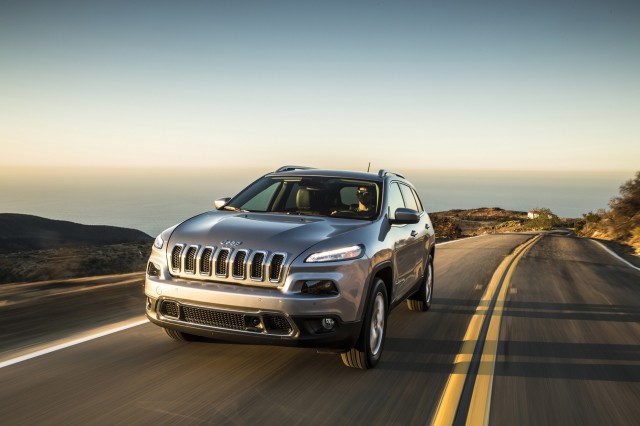 This morning, Fiat Chrysler Automobiles issued two recalls affecting over 140,000 vehicles registered in the U.S, and more than 38,000 registered in other countries. The 2015 Jeep Cherokee has been recalled to fix a problem with its air-conditioning system that could pose a fire risk, while the 2015-2016 Ram 1500 may be equipped with a poorly manufactured axle.

The problem with the Cherokee lies within the air-conditioning system. FCA says that a/c lines on some vehicles may be positioned too close to the engine's exhaust manifold.

In some cases, that could cause the lines to overheat, causing smoke or fire. The National Highway Traffic Safety Administration has received two such reports from owners, though FCA knows of no accidents or injuries related to the issue.

FCA will notify owners of the recall by mail. After receiving those notices, owners will be able to take their Cherokees to Jeep dealers, where the problem will be fixed at no charge.

In the meantime, customers who notice a drop in air-conditioning function or a dashboard warning light are asked to contact their local dealer immediately. For additional information, call FCA's Customer Information Center at 800-853-1403.

This recall stems from a rear axle shaft manufactured by Machine Tool & Gear of Corunna, Michigan. According to NHTSA documents, that component may have been improperly heat-treated, which could have serious consequences for owners:

"This defect may, in certain cases, result in the buildup of heat, thermal degradation of nearby wiring circuits, illumination of the ABS warning lamp and noise during operation. If ignored, the axle shaft may fracture causing wheel separation from the vehicle."

To date, FCA has received at least 31 reports of low-mileage failures within the Ram's left rear axle shaft.

For those already roaming the roads, though, FCA will send recall notices to owners by mail. After receiving those notices, owners will be asked to take their vehicles to Ram dealers, who will inspect the trucks and replace the axle assemblies as necessary at no charge.