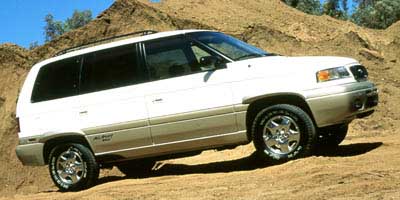 Mazda has issued a recall for roughly 1.2 million U.S. vehicles from model years 1990-1998. According to the automaker, some of those cars may have a problem with their ignition switch that could pose a safety hazard.

Thankfully, this isn't the same sort of problem that led to last year's "Switchgate" recalls, nor does it bear any similarities to the recall issued Tuesday for late-model Chevrolets and GMCs. However, like those, it can cause the ignition in some affected vehicles to stop working. In extreme cases, it can even cause smoke and fire.

Mazda says that the problem stems from the way that the ignition switch was manufactured:

The good news is that Mazda vehicles don't appear to be prone to the sudden shut-offs that we saw in last year's recalled GM cars. In fact, Mazda is careful to note that the issue only affects vehicles during start up; after a car is running, it doesn't occur. So, it shouldn't affect a driver's ability to control a vehicle, nor should it disable safety features like airbags. Mazda knows of no accidents or injuries related to the problem.
READ: Honda CR-V Vs. Hyundai Tucson: Compare Cars

All told, 1.2 million vehicles in the U.S. are affected by the recall, including:

Details about the fix for those vehicles haven't been released. Mazda officially plans to begin the recall this December.

Should you have additional questions, we encourage you to contact Mazda customer service at 800-222-5500.