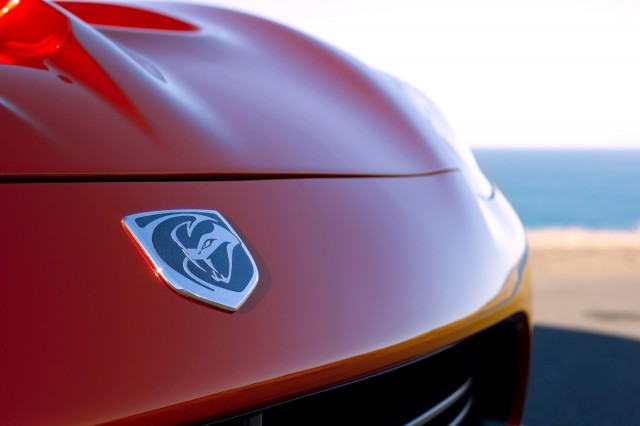 If you've ever spent time on a farm, you know that all snakes are different. Some you want to keep around, others you want to kill.

The Viper (aka the Dodge Viper, the Dodge SRT Viper, the RT/10 Roadster, etc.) apparently falls in the latter category. According to Auto News, Fiat Chrysler Automobiles plans to 86 the sports car in 2017.

The Viper first rolled into showrooms in 1992, and its life story is far more complicated than any 23-year-old's should be. (Though don't try to tell any 23-year-old that.) A quick scan of Amazon reveals more than 550 books written about the Viper, from service manuals to coffee table tomes.

The high-end sports car debuted at a curious time, just as the U.S. was emerging from a recession -- the same recession that led to the booming popularity of big-box discount stores like Walmart and the failed re-election bid of President George "It's The Economy, Stupid" Bush. But the Viper proved popular with enthusiasts nonetheless.

The Viper's fates have always followed those of Chrysler, as it became hitched to Daimler, divorced it, filed for bankruptcy, restructured, and most recently merged with Fiat. Each of those events affected the Viper, from the original engine that was designed by Lamborghini (which was then owned by Chrysler) to a long absence following the Great Recession.

The two consistent things about the Viper seem to be that (1) it never sold especially well, and (2) it never had a true break-out moment. Unlike, say, the Chevrolet Corvette, which is much older and far better known by mainstream consumers, the Viper has always remained a little obscure.

Maybe that's been intentional. Maybe higher-ups always wanted the Viper to be a little hard to find, a little rare.

If so, they succeeded.

Details about the Viper's imminent demise come from FCA's newly forged agreement with the UAW. Plans for the Conner Avenue assembly plant in Detroit indicate that production of the hand-built sports car will end in 2017, and there's no replacement scheduled for the facility. Given FCA's near-term manufacturing goals, the plant's future remains uncertain.

Though in fairness, so does the future of the Viper. This wouldn't be the first time that the model has been killed off -- most recently from 2010 to 2013. When FCA CEO Marchionne or his successor find a proper merger or start feeling more comfortable with the company's long-term prospects, we wouldn't be surprised to see it relaunch.