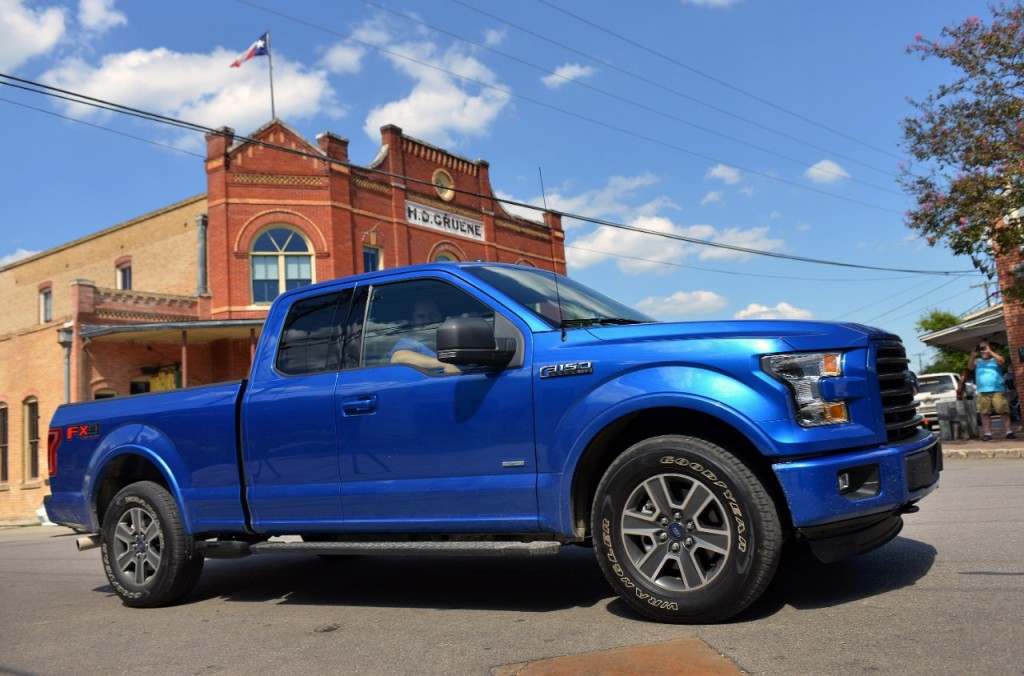 Earlier this morning, Ford Motor Company issued a whopping six recalls for a variety of Ford, Lincoln, and Mercury vehicles, some as old as the 1998 model year. The problems range from structural issues to high-tech problems with adaptive cruise control systems. From oldest to newest vehicles, the recalls include:

This recall stems from a problem with the Windstar's axle caused by a previous recall fix. During the prior repair, a reinforcement bracket was installed on the minivan's rear axle to provide stability in case the axle fractures.

Unfortunately, some of those brackets may have been improperly installed, and as a result, they may not work as intended if axle problems occur. If they don't, a fractured axle could make the vehicle much harder to drive, increasing the risk of an accident. Ford knows of several accidents linked to the problem, but no injuries.

The recall affects 1998-2003 Ford Windstar vehicles manufactured at Ford's Oakville Assembly Plant between September 2, 1997 and July 3, 2003. The recall is limited to vehicles that were outfitted with rear axle reinforcement brackets during a previous safety recall.

Ford says that after receiving recall notices, owners can take their vehicles to a dealership, where the axle support brackets will be inspected. If they were incorrectly installed, Ford will replace the Windstar's entire rear axle. If, however, the brackets were installed properly, Ford will offer to replace the rear axle at a discount. That offer will remain valid for one year.

This small recall stems from a problem with vehicles equipped with remanufactured transmissions. In some of those transmissions, a loose shift control lever bolt may allow the shift lever to disengage without warning. Should that happen, the vehicle can slip out of gear and roll away. Ford says that it's received no reports of accidents or injuries linked to the defect.

The recall affects vehicles that were built between June 11, 2015 and July 5, 2015 and have remanufactured transmissions. According to Ford, 57 of those vehicles are registered in the U.S., 11 are in Canada, and one is registered in Mexico

Ford says that dealers will inspect recalled vehicles and make sure that the shift control lever bolt is properly tightened.

This a curious recall is linked to a problem with the F-150's adaptive cruise control. According to Ford:

"When passing a large, highly reflective truck, the adaptive cruise control radar in some of these vehicles could incorrectly identify the truck as being in the F-150 lane of travel when it is not. As a result, the vehicle might apply the brakes until the truck is no longer perceived to be in the lane of travel. The collision warning system red warning light might also flash and a tone might be heard at the same time. When this happens, the brake lights will illuminate. The potential duration of this unexpected adaptive cruise control braking could increase the risk of a crash involving a vehicle behind the F-150."

The repair involves an update to the adaptive cruise control module software, which will be carried out at no cost to owners.

This recall stems from a problem with the fuel tank -- specifically, the bolts that hold it in place. Ford says that some of those bolts may not have been properly tightened, putting extra stress on the fuel tank straps and causing them to fracture over time. That, in turn, could allow the fuel tank to separate from the vehicle, resulting in a fuel leak and, potentially, a fire. There are no reports of accidents, injuries, or fires linked to the problem at this time.

The recall includes vehicles manufactured at Ford's Chicago Assembly Plant on one day: July 24, 2015. Of the total, 203 vehicles are registered in the U.S., with the remaining 48 in Canada.

Ford says that dealers will inspect and tighten the fuel tank attachment bolts at no charge.

This recall also stems from a fuel tank flaw -- though in this case, the tank itself was improperly built, making it more prone to rupture in a crash. Should that happen, it could dramatically increase the risk of fire. Thankfully, Ford says that no accidents, injuries, or fires have been reported.

Ford says that 658 of the recalled vehicles are in the U.S., 28 are in Canada, and the remaining 22 are in Mexico.

Ford dealers will replace fuel tanks on recalled vehicles at no charge.

As with the Escape/Mariner recall above, this recall is the result of potential transmission problems. Ford says that "the shift control bracket might not have been manufactured properly, so the vehicle might be able to be shifted into reverse without applying the brakes". Ford hasn't received any reports of accidents or injuries linked to the problem.

Ford says that dealers will install a new transmission shift control bracket and adjust the shift cable in these vehicles, free of charge.

For questions about any of these recalls, you're encouraged to call Ford Customer Service at 800-392-3673.