Want Android Auto In Your Next Chevrolet? Get It Via Software Update On 2016 Models 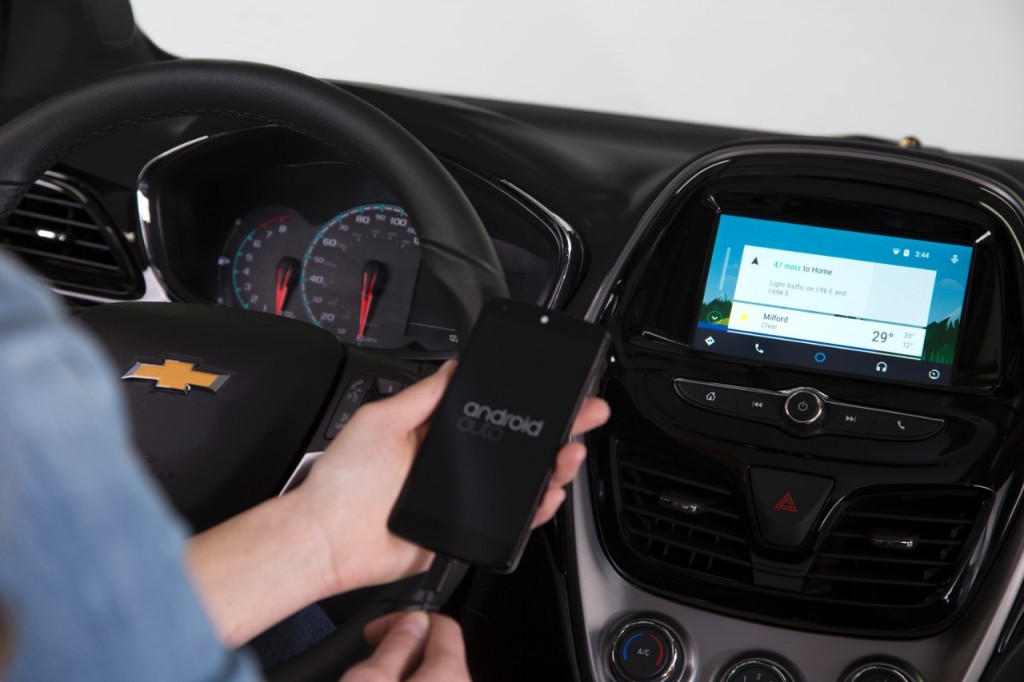 Android Auto in the 2016 Chevrolet Spark

Android Auto first began making headlines in early 2014. Since then, fans of Google's mobile operating system have been patiently waiting for the software to roll out to cars.

The bad news is, the wait isn't over for most folks. Chevrolet will be one of the first mass-market auto brands to offer Android Auto, but the software won't be ready until March 2016.

The good news? If you need a car now, you don't have to wait until March to buy it. Chevrolet says that 14 of its 2016 model-year rides can be retrofitted with Android Auto long after they've left the lot.

In other words, you can buy one of those 14 models now, and for the next several months, you can pair your smartphone using Chevrolet's MyLink system. When Android Auto becomes available, you can take your vehicle back to the dealer, who will perform the software upgrade. (No word yet on how much that'll cost, though.)

All you need to do is buy a compatible vehicle with a seven- or eight-inch infotainment screen. The list of models on which Android Auto can be installed includes:

Naturally, to use Android Auto, you'll need an Android phone -- one running Lollipop 5.0 or later. That phone will connect to the car via a USB port.

And just as a reminder, not all apps work on Android Auto. (Same goes for Apple Car play.) The system has been built to make navigation, music, and other apps more driver-friendly and less distracting. So Google Maps should work like a dream. Candy Crush Saga, not so much.

Of course, the real question is: are drivers really excited about Android Auto? Would you buy it (at a reasonable price, that is)? Share your thoughts in the comments below.