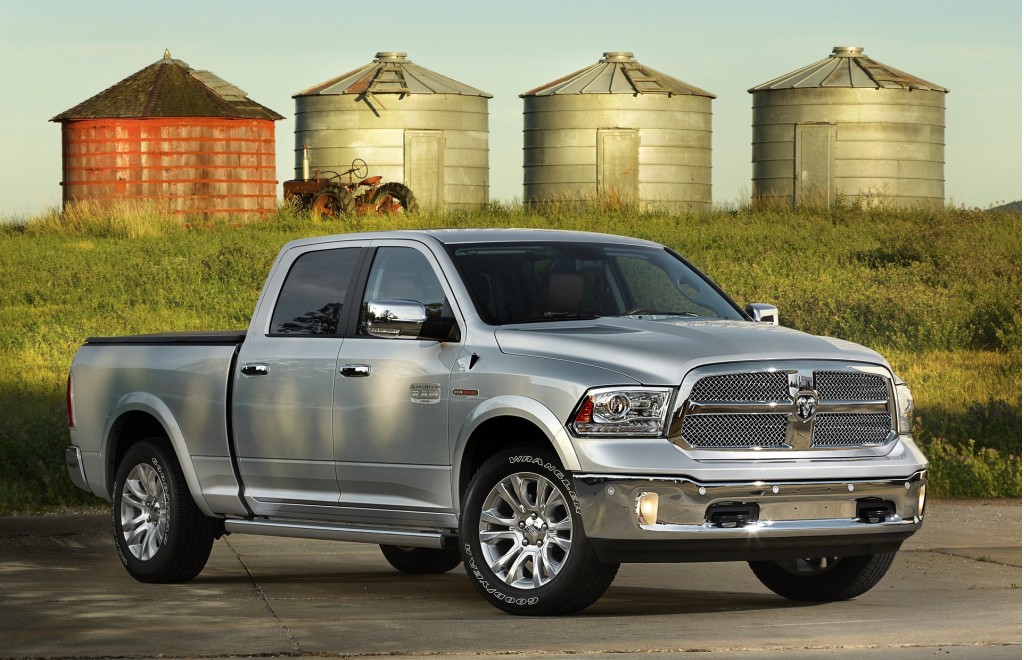 Early this morning, Fiat Chrysler Automobiles issued three separate recalls covering a range of Ram trucks from the 2012, 2013, 2014, and 2015 model years. Together, they affect well over 1.3 million pickups in the U.S., Canada, Mexico, and in other countries around the globe.

The largest of FCA's recalls stems from a potential electrical problem linked to the steering-wheel wiring harness. FCA says that in some trucks, that harness can come in contact with an airbag retainer spring. Over time, the spring may wear through the harness, causing a short-circuit that could cause the driver-side airbag to deploy without warning.

To date, FCA knows of two injuries related to the issue, but no accidents or fatalities. The automaker says that in vehicles equipped with Ram's Electronic Vehicle Information Center, owners may be forewarned of the problem via an airbag warning light.

ALSO SEE: Sergio Marchionne's Magnificent Obsession With GM: How Does It End?

FCA is in the process of mailing out recall notices now. Once owners receive those notices, they'll be bale to take their trucks to a Ram dealer, who'll tie down the wiring harness and install protective caps on the offending spring to prevent wear and tear.

In the meantime, owners are encouraged to visit http://recalls.mopar.com/ or https://vinrcl.safercar.gov/vin/ to determine if their trucks are included in this recall. If you have additional questions, you're encouraged to contact FCA's US Customer Care Center at 800-853-1403.

This recall also involves airbag issues in Ram pickups. According to the National Highway Traffic Safety Administration, some of these vehicles have side-curtain airbags that may not overlap the truck's rear support pillar during an accident. As a result, they may not properly restrain passengers in the pickup's back seat, increasing the chances that they may be ejected from the truck.

NHTSA states that a remedy for the flaw is still being worked out. After it's approved, recall notices will be sent to owners, and FCA will carry out all fixes free of charge. In the meantime, FCA reminds drivers and occupants to always wear their seatbelts, in accordance with (most) state laws.

This recall is meant to address manufacturing problems with select Ram heavy-duty trucks -- specifically, "bracket welds that may lead to diminished steering response", according to FCA.

Some of those welds may have improperly fused, which could cause separation. If that happens, drivers will still be able to steer their trucks, but the response will be diminished.

FCA knows of one accident linked to the problem, but no injuries.

If your truck is part of this recall, you'll receive two recall notices -- and potentially, take your truck in twice for service.

The first notice will ask owners to schedule inspections with Ram dealers. If necessary, dealers will repair the faulty brackets at that time.

A second notice will ask owners who didn't have their brackets repaired during the first phase to take their trucks to a Ram dealer, who will install a reinforcement bracket.

Both fixes will be carried out at no charge. If you have additional questions, you're encouraged to contact FCA's US Customer Care Center at 800-853-1403.