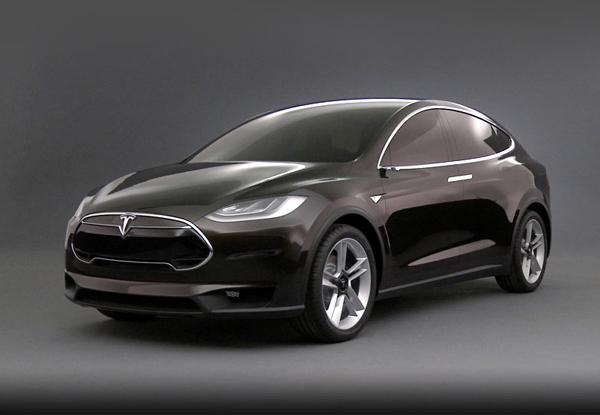 While these prices are even a bit higher than Tesla had previously hinted, so far the lineup only includes the top 90-kWh Model X Signature Series.

So far, a configurator isn’t live to the public, but this pricing comes thanks to Tesla-faithful who reserved an early Signature Series and were given access to pricing, then posted on the Tesla Motors Club forums. 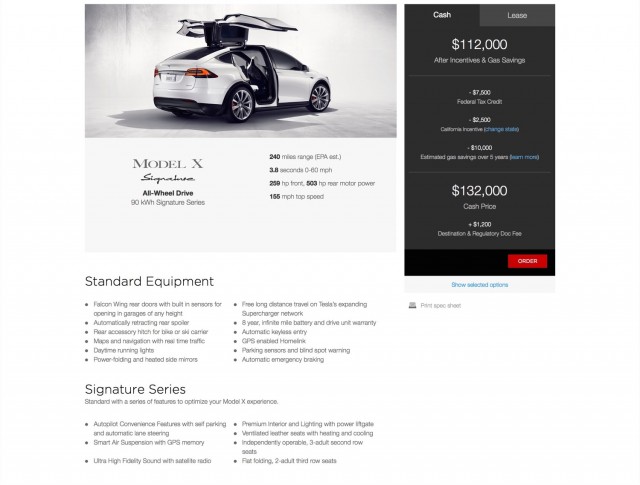 Included in the Model X Signature are a glass roof, 22-inch silver wheels, next-gen seats, an Alcantara headliner, red brake calipers, a carbon fiber spoiler, and dual chargers with supercharger capability. Additional lighting, the Smart Air Suspension, premium sound, the Subzero Weather Package, and the Autopilot Convenience Package (frontal crash warning/prevention, a lane-keep system, and smart/traffic-aware cruise control, among other features) are among the interior conveniences included in this model.

At present, that’s a lot more expensive than the Model S, which you can still get, in its most affordable 70D form (with 240 miles of range) for $76,200—not counting any credits or incentives that apply. Although once first deliveries begin flowing, Tesla is expected to release more affordable versions of the Model X.

Tesla Motors CEO Elon Musk confirmed that, via Twitter today, adding that pricing for the Model X "is $5k more than an S due to greater size & body complexity."

The Model X is a higher-riding crossover-utility vehicle that’s closely related to the Model S sedan. All versions offer dual-motor all-wheel drive; that’s a change from earlier plans, when the Model X was supposed to offer a choice between rear- and all-wheel drive versions. 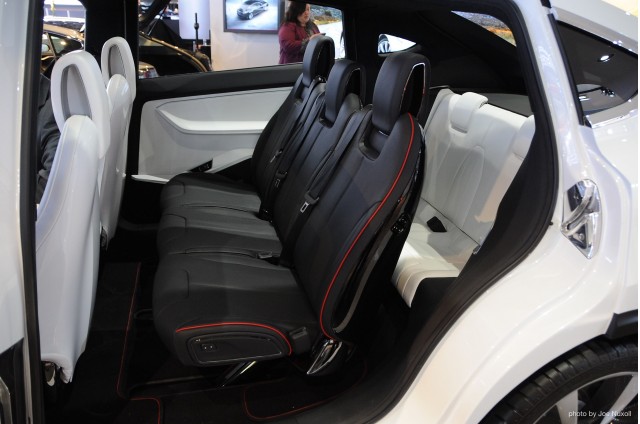 The Model X was first shown in prototype form more than more than three and a half years ago. At that time it was slated for first deliveries in 2014. Yet there have been reported delays due to the X’s distinct “falcon wing” door design, as well as its rear-seat design.

First deliveries could start as soon as next month—which will mean that the Model X will debut as a 2015 model after all, as Tesla coordinates its model years roughly in sync with calendar years.