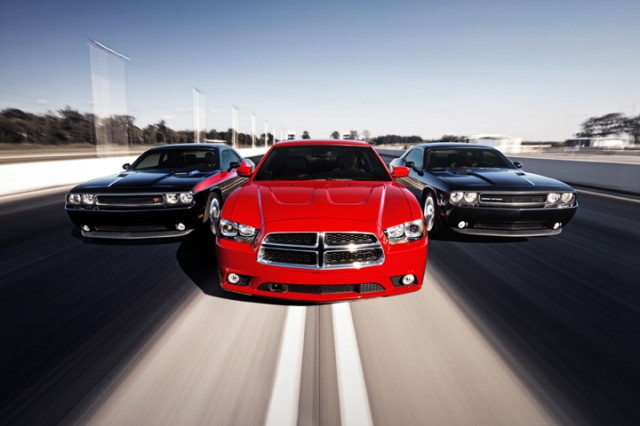 Last week, we told you about Chrysler Fiat Automobile's recall of more than 840,000 Ram pickups because of a poorly calibrated safety control module, which could cause airbags to deploy without warning. Now, FCA is recalling more than 322,000 Dodge Chargers for a very similar problem.

As with the Ram, the Dodge Charger recall stems from an overly sensitive Occupant Restraint Control module -- the device that activates safety systems when it senses a collision. If a vehicle's doors are closed with too much force or kicked, the OCR can mis-interpret data from the Charger's side-impact sensors and deploy the side-curtain airbags and seat airbags. The seatbelt pre-tensioners may activate, too.

The module was manufactured by Bosch.

FCA says that it knows of three minor injuries that may be related to the flaw, but no accidents have been reported to the automaker.

FCA will send recall notices to owners by mail. After receiving those notices, owners will be able to take their Chargers to a Dodge dealer, who will recalibrate the Occupant Restraint Control module at no charge. If you've already had your car repaired for this problem, dig out your receipt: FCA says it will reimburse you.

Until recall notices arrive, owners are advised to be careful when closing their doors.