Connect with our dealer and finance partners through our site and ask for details regarding their at-home car buying services.
OK
HomeNewsDaimler 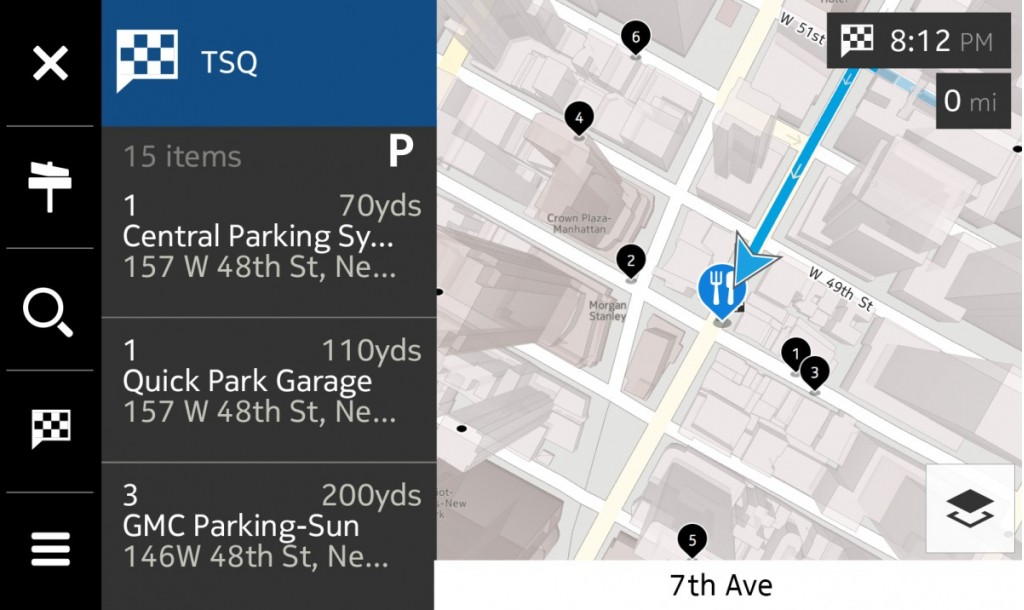 We are poised at the brink of a revolution.

Dramatic as that may sound, it's true: autonomous vehicles are coming, and when they finally arrive, they will upend whole industries, force cities to reevaluate the way they earn money, and of course, bring about radical changes in the way that we get from place to place.

Automakers know this. And some of them have begun to realize that the auto industry of the future probably won't be dominated by car companies, but by the technology firms that keep those cars humming along.

Although these companies have collaborated before, previous efforts pale in comparison to this massive project. Under the terms of the deal, each automaker will receive a one-third stake in HERE, with the sale to be finalized in the first quarter of 2016. HERE will be an independent company, focused entirely on mapping and the technologies put those maps to work for drivers.

Meanwhile, Nokia will now be free to devote all its time to building equipment for mobile networks.

WHAT'S THIS SALE REALLY ABOUT?

Without information, it's hard to do anything: doctors couldn't perform surgeries without understanding the human body, postal workers couldn't deliver our precious Amazon boxes without correct mailing addresses, even our dogs couldn't fetch sticks if they had no idea where they'd been thrown. (Some can't even manage it then, poor fellas.)

In transportation, maps are essential. Most days, we travel familiar routes, unconsciously relying on the maps in our heads. In other cities, we turn to our phones or built-in nav systems to get around.

CHECK OUT: Apple Is Getting Very Serious About The Whole Car Thing

A few years from now, when our cars do the driving for us, they'll depend just as heavily on maps. Without those maps, everything would grind to a halt.

And that's why Audi, BMW, and Dwimler are buying HERE. They're not just doing it to keep their cars on the right road; they're also hoping to license HERE to other automakers at a hefty premium. Nokia itself earned some 28 million euros ($30.7 million) in the first six months of 2015 for doing the same thing.

And even before our cars become fully autonomous, systems like HERE will pull data from linked vehicles (aka "the swarm") and offer useful driving advice, much as Waze's network of users alerts motorists to traffic jams. As Audi says in a statement issued today:

The social benefits of swarm intelligence are enormous: They facilitate warnings of hazards in real time, of icy roads for example, based on calculations of individual data such as ABS activations and outside temperature. Upcoming traffic jams will be identified more precisely in the future, significantly reducing the risk of accidents. In this way, the vision of accident-free driving is gradually becoming reality. In a further stage, the data could be used to learn about critical bends on the road, in order to warn drivers in good time or to activate assistance systems. Anticipation of green phases of stoplights could navigate vehicles through an urban area on a “green wave” with the appropriate engine performance and minimized fuel consumption.

High-precision maps are important for autonomous driving and many other forms of assistance systems, as these technologies require an up-to-date plan of a vehicle’s surroundings exact to the nearest centimeter, in order to react in real time. While HERE already produces extremely precise static maps, they can be verified more exactly and continually updated with a constant flow of data from vehicles’ surroundings.

This deal comes with plenty of risks. Obviously, HERE isn't the only competitor in the mapping space. Google is commonly seen as the gold standard of maps, and it has spent untold sums of money to document every square inch of road in the world -- not to mention quite a few off-road places. HERE will need to allot many, many euros to enhance and maintain its maps via the swarm and via its own fleet of cars, drones, and whatever else it can dream up.

On a related note, HERE will need to compete with Google on license pricing. Google is known for its very, very deep pockets, which have allowed it to make its services free or significantly cheaper than those of competitors. Will HERE be able to price itself attractively so that it can stay in the game? That remains to be seen.

HERE will also have to be paired with technology that actually drives autonomous vehicles. HERE's maps can be 100 percent accurate, but without some system to use those maps to actually get cars from Point A to Point B, it won't be much good. Those technologies may be left to individual automakers, but the fact remains, HERE will have to interface with them seamlessly.

Perhaps most worrisome for us is the question of how many more street-mapping systems will vie for attention in the future. Typically, as a technology debuts, the lead player in the field is besieged by hordes of competitors. (Think of all the search engines that once were, or today's glut of crowdfunding sites.) How long will it take for the industry to settle on two or three mapping services that really do the job and do it well? And how many crappy ones will we have to suffer through in the interim?

On the other hand, we're happy to see that Audi, BMW, and Daimler aren't taking the same approach to maps that many automakers have taken toward infotainment. Doing something like this in-house would be costly and given the number of lives that depend on it working properly, a recipe for disaster.