Terrafugia Hasn't Built Its First Flying Car Yet, But Here's A Video For The Next One 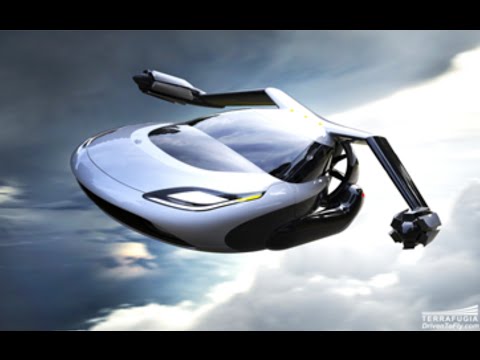 In show biz, there's an old saying: "Leave 'em wanting more." It means that entertainers should play hard-to-get, offering just enough slap-and-tickle to entice their audiences to shell out for a second ticket.

For that to work, however, audiences have to get something -- anything -- the first time around. And that is a lesson that the folks at Terrafugia would be wise to learn, because so far, all we've gotten is a bunch of increasingly stale YouTube videos. The whole endeavor is beginning to feel a little Aptera-y, if you know what we're saying.

When Terrafugia appeared on our radar in early 2009, it promised that its first flying model, the Transition, would roam the highways, byways, and airways by mid-2010. Two months later, there was footage of the Transition in flight. And in mid-2010 -- right on schedule -- the FAA gave the Terrafugia Transition its blessing. "Hot damn", we thought, "our flying cars have finally arrived!"

Except they didn't. And they haven't. Five years later, and we're still looking to the skies, hoping to see the Transition on the horizon.

Of course, we understand that flying cars are a new thing. They have to juggle the demands of traveling on the ground and in the air and the shift from one to the other. We get that. Designing such things takes time.

But we're starting to wonder if Terrafugia may be charting a course for the trash heap. Why?

But mostly, we're concerned because Terrafugia seems completely uninterested in promoting the Transition model that was actually approved by the FAA. Instead, it's focusing on the gee-whiz potential of the TF-X, presumably to drum up interest among investors, journalists, and the public.

When you see someone get tired of the thing that they're supposed to be working on and move on to the next Big Idea, more often than not, there's trouble ahead. And when the next Big Idea is over two years old? Yikes.

Watch the video above, though. As pitches go, it's about as persuasive as a video game demo, but we can dream, can't we? Surely, Terrafugia isn't just another flying car company doomed to crash and burn.