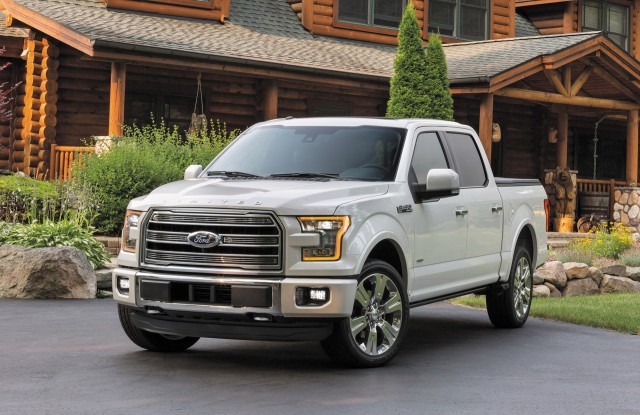 Only a week after General Motors Company [NYSE:GM] announced a series of updates for its Chevrolet Silverado 1500 and GMC Sierra 1500 for the 2016 model year, the Ford Motor Company [NYSE:F] has come out with a new range-topping version of its rival F-150. The latest version is called the F-150 Limited, and Ford says it is the most luxurious, most technologically advanced pickup to ever wear the F-150 badge.

The F-150 Limited arrives in showrooms by the winter, as a 2016 model, and is easily recognizable by its exclusive exterior treatments such as the 22-inch wheels, satin-chrome grille and tail-light detailing, and “LIMITED” badging on the hood. Inside, buyers will find fine Mojave leather trim, genuine wood accents, a unique instrument cluster and a laser-engraved VIN plate on the center console lid that also includes the production number.

Ford says additions like these make the F-150 Limited superior to all previous upmarket versions of the popular workhorse, such as the original Harley-Davidson models as well as the more recent Lariat, King Ranch and Platinum models. 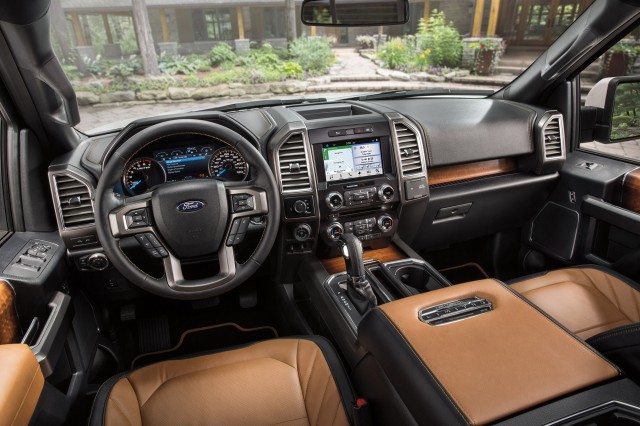 As for tech features, the F-150 Limited is fitted with LED headlights, power-deployable running boards, remote start and tailgate release, 10-way power adjustable seats, a 10-speaker Sony sound system, and the latest Sync 3 infotainment system. A technology package is also available and includes a number of electronic driver aids such as lane-keep assist, a 360-degree camera monitoring system and dynamic trailer hitch assist. Finally, there is a new feature called Pro Trailer Backup Assist that helps during reversing maneuvers when a trailer is attached. The technology allows you to steer a trailer instinctively by turning a knob left or right to indicate direction; the truck controls its steering and limits vehicle speed.

Power in the 2016 Ford F-150 Limited comes from the familiar 3.5-liter EcoBoost V-6, which thanks to technologies like turbocharging and direct fuel injection musters up 365 horsepower and 420 pound-feet of torque—enough to tow more than 10,000 lbs when the vehicle is properly equipped. Fuel economy, meanwhile, comes in at 17 mpg city, 24 mpg highway and 20 mpg combined. A six-speed automatic is standard, and buyers have the choice of rear- or all-wheel drive.

Pricing information will be released closer to the market launch later this year. In the meantime, get an in-depth look at the complete 2016 F-150 range in our full review.