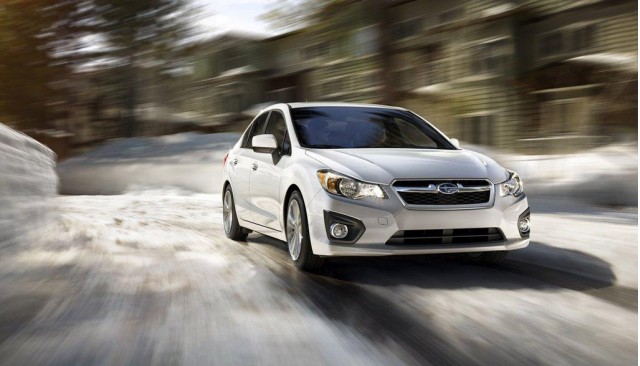 Subaru has issued a recall for more than 32,000 Impreza sedans and station wagons from the 2012 model year. According to the National Highway Traffic Safety Administration, some of those vehicles may suffer from an electronic flaw that could disable a portion of the airbag system.

The Impreza's problem is rooted in the Occupant Control Unit, which is linked to the Occupant Detection System. That's the system that determines whether or not the front passenger seat is occupied and turns the airbags on and off accordingly.

Subaru says that trouble can occur if a passenger sitting in the front seat (a) uses a device that's plugged into the Impreza's accessory power outlet, then (b) touches a metal part of the vehicle like the seat adjuster that's electrically grounded. In such instances, the Occupant Detection System may disable the front passenger airbag. Should an accident occur after that's happened, the airbag won't deploy, increasing the risk of injury to occupants.

NHTSA says that if the problem occurs, the airbag warning light will illuminate.

Subaru will send recall notices to owner by mail, after which owners can take their vehicles to a Subaru dealer, who will replace the Occupant Control Unit at no charge.