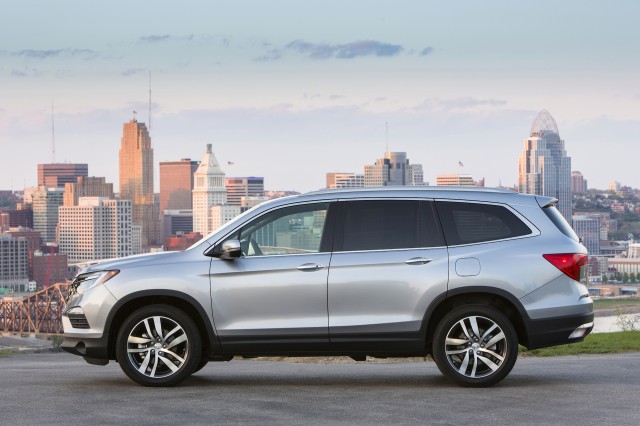 Honda has issued a recall for select 2016 Honda Pilot vehicles. According to a bulletin from the National Highway Traffic Safety Administration, the third-row seatbelts on some of those vehicles may not function as intended during accidents.

NHTSA says that the problem occurred during production: "During assembly of the third row seat and seatbelt, it is possible that the rear (third row) seatbelt could be trapped between the rear seat and the rear sideliner". As a result, anyone using those seatbelts may not be properly restrained during collisions, increasing the risk of injury.

ALSO SEE: Jeep Cherokee Hacked, Carjacked In Real-World Test: Are You Next?

Honda will begin mailing recall notices to owners around August 6, 2015. After receiving those notices, owners will be able to take their vehicles to Honda dealers, who will inspect and repair the affected seatbelts at no charge.