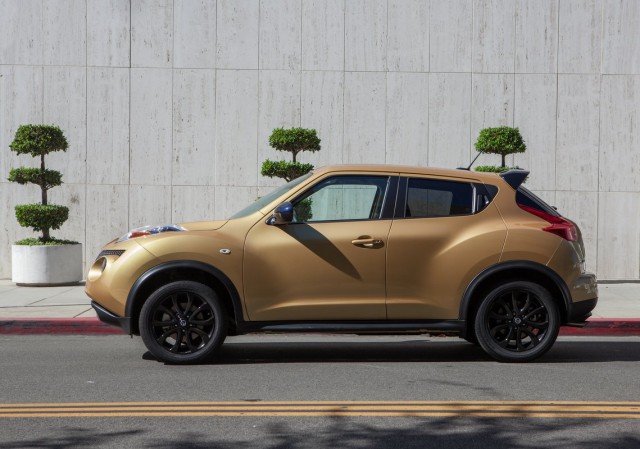 The problem with those vehicles is rooted in the housing for the start/stop switch, which was manufactured by Alps Electric. In a defect report, NHTSA's Office of Defects Investigation says that when the weather is hot, the housing can cause the start/stop button to get stuck:

This stuck condition alone does not affect drivability or engine operation. However, in extremely rare instances, the start/stop button can become stuck in a halfway depressed position inside the housing. If the vehicle experiences mild vibrations (but not severe enough to release the button from the halfway position) from uneven road surfaces while in this position, it can cause the electrical components inside the button to contact repeatedly in quick succession which initiates the designed emergency engine shut off procedure (the subject vehicle is designed such that if the start/stop button is pressed three times in rapid succession or the button is continually pressed while driving, the engine will shut off).

Obviously, if the engine shuts off while the vehicle is in motion, it dramatically increases the risk of an accident.

READ: Study: People Don't Want Autonomous Cars To Do All The Driving

The recall is limited to Nissan vehicles manufactured during specific windows of time:

Nissan says that the recall affects some 14,595 vehicles registered in the U.S.

Nissan has already sent a stop-sale notice to dealers and says that it will mail recall notices to vehicle owners by late August. After receiving those notices, owners can take their vehicles to a Nissan dealer, who will modify the start/stop switch housing at no charge.